Newsletter of the quarterly Bulletin of The Rock Garden Club Prague 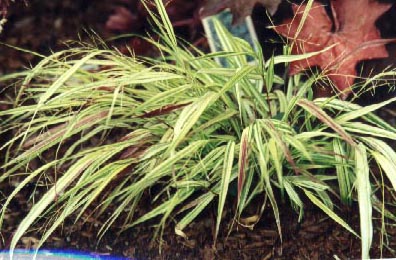 Newsletter of the quarterly
Bulletin of The Rock Garden Club Prague

Seed exchange: is finished. We thank to all donors. Remaining seeds were put in collections, which were distributed according to orders or will be sold during the Early Spring Show. We also thank to warmly to the seed officer Anna Benešová for excellent work even when her apartment was damaged by floods.

Shows: including plant sale in the traditional show church garden on Karlovo náměstí – Moráň, Prague 1, 9 a.m. to 6 p.m. (dates are also shown on the RGC Calendar under „Výstavy“), past bulletins and book sale

Membership dues reminder: 25 USD/EUR including
the seed exchange. Money transfer to the bank address: Česká
spořitelna, Křenova 7, 162 00 Prague 2 Petřiny, account number:
169508379/0800, swift: GIBACZPX.  Payable to: Klub skalničkářů Praha. From: The name plus a
shortened address, i.e. city and country (necessary to identify the sender).  Bank or personal cheques, International Money Orders or Draft Notes are accepted and should be sent to the Club address. Cash is welcome, in a registered letter, but at your risk. Please, make your name and address readable. We always have unidentified cheques with missing address!  If you do not receive bulletins, let us know also time and way of your last payment. Skalnicky no. 2 and later is sent only to members in good standing.

Note: please do not divide the payments. The commission for each cheque is 3.30 USD!

Editor’s note: Contributions to the Bulletin are very welcome.  Please send a manuscript
printed on paper and on a diskette as a text file or preferably in Word.  Articles will be translated to Czech.
English summary is welcome.  Please enclose colour photos 9×13 cm or slides 24×36 mm, they will be returned.  Editor: Dr. Marie Lhotská. Ruská 158,  100 00 Praha 10.

Excerpts from the Bulletin

The
author visited Greece several times in his search for Orchids. In the article he describes the flora he has seen. In the first part he mentions the plants he found on Crete, on the Peloponese
peninsula and on two lower mountain ranges – Petaras Oros and Pestra Oros –
lying  northwest of Athens. The names of the Orchid plants, he saw during his visit are reffered to in the text.

The author of the article mentions the flora of two localities in the Caucasus. The
first one was a steppe slope in the Kolchid lowlands near the town of Mccheta, the second in the Little Caucasus near the village of Bakuriana not far from Gori. Where the flowers grow is cited in the text.

Due
to a warm February, many Saxifrages representing  exhibits at the April show usually were
flowering too early. We saw mostly Englerias.

The
main /May/ show was successful. It was a beautiful survey of blooming plants. As usual, we could see many lovely flowering Rhododendros and Orchids. The nicest was Cypripedium macranthus with more than 10 blooms.

The
autumn show started about a month after the floods in our republic. The floods destroyed many flowers and Prague was divided into two isolated parts. In many places, the flooded Underground could not be used and several bridges were closed to automobile traffic. The result of this situation and the fact that some of our members had to help with the liquidation of the damages was that the number of exhibits was scarce and the show was not visited by as many people as in other years.

The plants awarded prizes at the shows are listed in the text.

Alyssum orbelicum is a plant we found rarely. Usually it grows on the southeastern and northeastern slopes of Dounino Kouche /2 469m/ in the Banski Suchodol region. It is a silvery grey chasmofyt.
When flowering, it is 2,5-5,O cm tall. According to the author it has a similar morphological character as A. nebrodense and A. alperste growing very far from it.

This is a decorative cultivar of the fir grown very often in our country. Sometimes
it is mistaken for another cultivar – ‘Repens’.

First reports of its existence date back to 1890. True, it is a very decorative wood,
but quite robust. Its increases are decimetres every year. The buds are big, elongated ovals.  The cultivar ‘Repens’, however, has all its parts rather subtile and every year is taller – but not
wider.

A
coloured cultivar of Picesa abies, called ‘Golden Drift’ was develloped in the USA in the nineties of the last century. An overhang coloured sport was taken from a side branch of an older Picea abies ‘Reflexa’.

Mrs.
Seidenglanzová has two species of this genus and recommends that the cultivators choose the Patrinia triloba, a very resistant flower reaching a height of20-25 cm, and originating in Japan. She grows it in the full sun. The second was placed on a slope facing the south-west. Both were given normal garden soil. The only condition it does not tolerate is a wet heavy clay site. The plant yields numerous fruits and it is selfsowing. It can also be propagated vegetatively – by deviding the rootstocks in spring. It does not require any cover. The garden is situated at 480m above sea level.

The second species she grows in her garden is Patrinia sibiricathat can be found in the
localities from the Ural to the Caucasus and Siberia and the Far East. It is a bit smaller /in Mrs. Seidenglanzová’s garden 10cm/ and more delicate. It does not yield as many fruits as the first species and the seedlings are more difficult to cultivate.

She keeps it on an eastern slope in neutral soil adding some beech mulch and
well-drained soil. She uses a wintercover of greenbrush and a piece of glass.

The author cultivates three species of Paeonia: P. tenuifolia, P. mlokosewitschii and P. peregrina. He grows them in his garden situated at 460m above sea level. The site is open and gets a lot of sun during the day. The soil gets some humus added.

He
propagates them by ripe seeds /they usually flower after 4 years/, or by dividing. The best time is late summer after they have faded and are pulling in.

This plant is related to Tiarella cordata, a species, cultivated more often in culture. As it does not create stolons and does not flower at the same time, it looks different. While T. cordata flowers in early spring. T. wherryi shows its blooms in late spring or early summer, sometimes as late as September.

The absence of stolons, however, does not prevent the possibility of vegetative propagation. Mrs. Hetzerová divides it either in spring or at the end of summer. As the propagation is easy, she no longer uses seeds. It yields seeds often, but it is never selfsowing.

It is a plant with a rather wide ecological amplitude, but it does not tolerate the full sun and dry soil. The best site to grow it is the grove part of the garden, in deep shadow and damp humus soil among the ferns and other plants favouring dampness and shadow.

boulders. It is sitting in peat which the author adds around the colony every year. The soil is kept permanently damp. It does not require any winter cover. He propagates it successfully, but only 10% of the cuttings get rooted. He plants them into a mixture of sand and peat and leaves them in the glasshouse from early May until June, depending on the weather.

Mrs
Korobková brought one tuber of this Geranium species from western Turkey which she visited in 1992 with a group of Czech bulb cultivators. The following year it sprouted but the plant was too robust. It was about 3Ocm tall. As she did not like it, she divided it after it pulled in, and planted the parts in a locality getting the full sun. Now it is only 15-20 cm tall, it adds new tubers and yields seeds which emerge well. She puts the tubers into pots or transfers them onto a new site. She thinks that calcium supports the flowering. She recommends that the cultivators whose garden is situated on higher sites, give it some winter cover against frost.

The author describes three Oenothera species of the subfamily. They have pink
flowers opening during the day.

He thinks that the best of them is the small Oenothera kunthiana.It is a perennial but it behaves like an annual in culture. It yields a sufficient amount of seeds and prefers a sunny place with neutral well-drained soil. The author plants the specimens which he cultivates in pots, because they flower earlier. In winter, he keeps the pots in the cellar, but the flowers had never survived.

The second species of the section is Oenothera rosea. It is not a typical small rock garden flower and it is suitable only for larger rock gardens and flower beds. It prefers a rather damp soil and it prospers both in a sunny place and in twighlight. It is selfsowing and prefers
a damp site between two stones. It is easy to propagate vegetatively by pieces of rhizoms with several stems.

Oenothera speciosa prospers even on the edges of flower beds. This species, however, can also be propagated vegetatively – by underground shoots. Therefore it is better to plant it in the rock garden between larger stones. If it makes too many tillers, it is better to limit its growth. In the author’s garden it yields seeds only if pollinated.

This is a silvery
perennial with delicately divided leaves. It is 10-20 /30/cm tall, but does not
bloom willingly. The leaves are beautiful and look nice among other rock garden
plants. After 3-4 years the soil it not nutritious enough and the plant shows
only a few blooms. Then she takes it out, divides it and plants the separate
parts into peat and gravel in a wooden box. After the parts have rooted, she
replants them into the rock garden or into pots. She uses no cover.

The
author says that in spite of the warning we still fail to determine this
species correctly in our Rock garden bulletin. Instead of this nice flower we
grow plants from the Saxifragaceae – usually Heuchera parviflora – which are not
as beautiful.

He mentions his own
experience with the cultivation of Telesonix
jamesii.In 1999 he cultivated several plants using  the seeds taken in nature and planted them
on several different places of his rock garden. With the exception of one
specimen which he covered by a piece of glass in winter, and one he grew in a
flower pot, he lost all of them. In summer the plants are in a pot in the
garden and left outside during the vegetation. Before winter he puts them into
the glasshouse and does not water them.

The arctic species Geum glaciale appears very often in the
seed exchange. In our gardens, however, it is most probably never cultivated.

Mrs.
Lhotská grew one specimen introduced under this name. When it started to
flower, she was surprised to see that it was Geum rivale ‘album’. It is a name used also for other Geum species. The leaves and colour of
this flower are usually similar to Geum
rossii,introduced in literature and catalogues. So far she has not seen
the species in culture.

The author mentions
the article D. Hetzerová published in our Bulletin 2/2002, and describes the
flora found in the eastern part of the Caucasus – Talysh Mountains and the
neigbouring parts of Iran – the Elborz Mountains. The flowers from this region
are very important from the naturalistic point of view. You can find them in
the text.