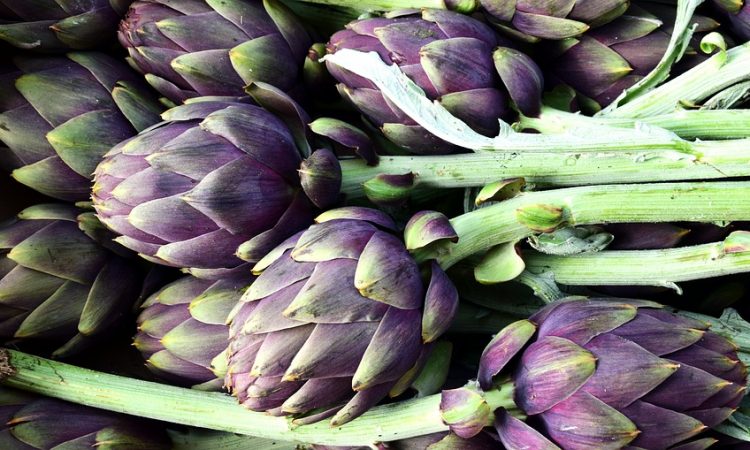 You may be surprised that if you have at least 100 frost-free days in your area which most of the country does, you can grow them! Most people assume that the artichoke needs to be grown as a perennial and that it will not bear fruit until the second season.

Grown from seed, the first will be harvested the first season, running neck and neck with the first tomatoes on the scene. Up north the seasons are shorter however artichokes will start producing the very first part of August, following approximately 6-8 weeds of yield.

Most people have the idea that artichokes will not withstand high heat. Intense sunlight will cause the plant to wilt, even when soil is moist. Don’t be dismayed they may look a bit bad for a while but will recuperate later. The sun may cause the plant to develop to quickly and will cause them to be somewhat smaller than normal and hardened or “tough.” As the weather begins to cool down the artichoke will respond with healthy delicious artichokes.

Artichokes need to grow quickly to be choice and edible. Watering is very important, and soil needs to be very good. They will need a high-quality compost and manure in generous amounts each and every season. Sand and organic material should be worked into a soil that is “heavy.” Well-drained soil is significant for good production. Slightly acid soil is needed for artichokes 6.0 works well. Plant at least 2 plants per person, and if you really are an artichoke fan, then 4 per person.

Your plants will use a lot of area in your garden, in time will grow 4 ft. wide and 3 ft. high. Where the season is short, they will grow only ½ that size, double your plants in that case as producing time is shorter. Place the plant in a 12×12-in. hole filled with rich compost. Make sure the soil around the plants is well fertilized and loose.

Caring for your plants:

Water well to encourage production in cooler climates. In warm areas too early flowering is not acceptable, cut back by trimming flower stalks and big leaves. In addition, reduce the water and feeding until highs are by mid-day in the 70’s. When warm cover the soil with mulch. When weather is cool, remove much of the mulch.

Where winters are not severe, and after the first killing frost, cut off the big leaves leaving the steams, which can be tied together. Earth should be mounded around each plant. Where the weather is colder cover the trimmed plant with a box and cover the box with a heavy blanket of earth and mulch. For very cold climates, add a layer of a covering such a fireplace ashes.

As soon as the ground is no longer freezing remove the covering; being covered too long will cause the shoots to start too early.

If deep ground frosts are a certainty the roots should be dug and stored indoors in a dry place of about 40 degrees. Place in fiber bags packed loosely. The leaves should be cut back to within an inch or two of the crown.

One fourth of the plants should be replaced each year. Old plants need to be replaced with new ones to keep steady production. Take suckers or side roots from the best and healthiest plants to propagate. The shoot should be about 3 inches long, harvest these in early fall.