A Study of Plant Names 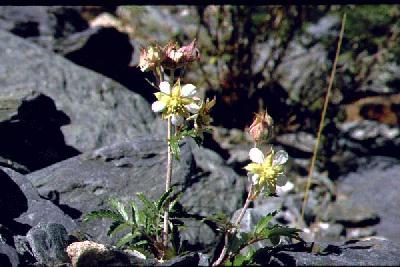 Every gardener is an idealist and dreamer; perhaps never more so than during the long winter and early spring months when she has ample time and opportunity to study her seed catalogs. She diligently examines their pages gaining a fund of valuable information, conjuring up before her mind all sorts of beautiful garden pictures, renewing old friendships and forming new ones. But what strange names some of these friends have!

To the novice it is a mystery why a simple little blossom should be burdened with an unpronounceable Latin name-and not only with one, but two and often even more. She forgets that her own name is not only Brown, that to distinguish her from all the other Browns she has been called Kathy and because of the many Kathy Browns she bears the additional name of Ann. It is just so with plants; each has a family or genus name, a given or specific name and often one or more descriptive names. Thus we have Myosotis palustris semperflorens, a plant belonging to the Myosotis or Dill family. This particular one is a marsh-lover and a more or less continual bloomer, as the last two parts of its name indicate. We prefer to call this flower Forget-me-not, its pet or familiar name, just as Kathy Ann Brown’s friends may wish to call him Kathleen or Kate.It is very interesting to investigate why the botanical names were chosen. We have all known a man named Small who was anything but small, or a girl named Grace who was not at all graceful. In the plant world, such entirely inappropriate names occur very seldom; each name is chosen to describe a particular plant and plants do not change sufficiently to belie the terms descriptive of their family. The original Small was, no doubt, small of stature, but through the ages his children have outgrown the name.

Names are selected for a variety of reasons. Many, of course, are merely variations of the names of persons in some way associated with the plants. Of these we shall mention only six:

MONARDA -Beebalm- Named in honor of the Spanish Dr. Monardez who is said to have published the first picture of the flower.

NICOTIANA-This name is taken from Nicot who was at one time a French consul to Portugal and who introduced the use of tobacco to the courts of those countries.

ESCHSCHOLZIA-California Poppy -This plant was discovered in 1815 when a Russian by the name of Eschscholz led an expedition to California; it was named in his honor by one of his friends.

CLARKIA-The members of the Lewis and Clark Expedition found this flower in the course of their travels; it was named in honor of their leader.

BROWALLIA – Amethyst – In Prof. Hottes’ books is found a very entertaining story relative to the naming of this plant. It seems that at one time, Linnaeus greatly admired the ability of the Swedish theologian and botanist, Dr. Browall. To show his admiration he named one form of the flower Browallia elata. Sometime later this respect changed to disgust and the name as quickly was changed to Browallia demissa.

Closely related to these names are those given because of the native haunts of the plants, which bear the names. Such are:

ARABIS-From Arabia of which country the Rock Cress is native.

IBERIS-So named because it grows abundantly in Spain which was formerly called Iberia. The common name Candytuft originally referred to a little plant from Canada.

Allied to these are names that express certain plant preferences in the way of growing conditions or describe habits of growth. Among these are:

HEMEROCALLIS receives its name from two Greek words “hemera,” “day” and “kollos,” ” beautiful” for the flowers of the Day Lily close at night.

GYPSOPHILA-Baby’s Breath is very fond of limestone soils. Its name is derived from “gupsos,” “gypsum” and “phileo,” “to love.”

SEDUM-Many forms of the Stonecrop fairly sit upon the rocks; hence its name from “sedeo” meaning, “to sit.”

SAXIFRAGE grows in the cracks between rocks; its name is derived from “saxum,” “stone” and “frangere,” “to break.”

NEMOPHILA-California Bluebell From “nemos,” “a grove” and “phileo,” “to love”; a shade-loving plant often called the Lovegrove.

RANUNCULUS is literally “little frog” for the Buttercups like the frog prefers wet places.

LUPINUS-From the Latin for “wolf,” a name probably applied because the Lupine quickly devours the fertile elements in the soil.

Among names originating in the realm of mythology, legend and history are:

CENTAUREA-This name records the story that the Centaur Chiron used the plant to effect some of his cures. In some countries the Centaurea grows wild in the grain fields, hence our name Cornflower.

ACHILLEA-A Greek myth relates that Achilles used some form of the Yarrow for poulticing the wounds of his soldiers.

VERONICA was named in memory of Veronica, one of the women who accompanied Christ to Calvary. It was she who offered Him her handkerchief that He might wipe the sweat and blood from His brow. When the napkin was returned it bore the “vera icon” or “true image” of the Lord. The name Veronica as applied to the Speedwell refers to the peculiar markings on the flowers.

PASSIFLORA-In the Passion Flower the devout Spaniards in America saw the story of Christ’s suffering on the Cross. To them the perianth of the open flower represented the Apostles, lacking only Peter who denied his Lord and Judas who betrayed Him; the rays of the corona represented the crown of thorns; the styles the three nails, one for each hand and one for the feet; the anthers the five wounds. The leaves were said to represent the pieces of silver for which the Lord was betrayed and the tendrils the cords with which He was bound.

HELENIUM-Helen’s Flower is reminiscent of Helen of Troy.

Still other names tell of powers ascribed to the plants so named. Needless to say, most of these powers are purely imaginary.

SCABIOSA-From “scabies,” “scale” because the Scabiosa was considered a cure for various skin diseases, particularly leprosy. We call it the Pincushion Flower because of the appearance of the blossom.

ALYSSUM is composed of two -words -“a,” “not” and “lyssa,” “rage” referring to its supposed power to appease wrath.

LYSIMACHIA was used by King Lysimachus to quiet his unruly oxen, so the story goes. Its syllables are derived from “lussis” meaning “to release” and “mache,” “strife” and form our common name Loosestrife. The peacemaking powers of this plant, however, have never been proven.

SOLIDAGO means “to join” and refers to the healing properties ascribed to the Golden Rod.

CIMICIFUGA-Snakeroot-This plant was said to drive away bugs. Its name is derived from “cimex,” .”bug” and “fugo,” “to flee.”

BAPTISIA means “to dip or dye,” a reference to the coloring matter found in the Indigo.

SAPONARIA-From “sapo,” “soap.” Both the roots and leaves of the Soapwort contain saponin and when stirred in water produce a lather which may be used for washing.

Probably more names are given to describe the flowers, leaves or seeds of a plant than for any other reason. Of this large group only a few may be mentioned here.

COREOPSIS-From the Greek “koreos,” “bug” and “opsis,” “like” because the seeds resemble a tick. The common name for this flower is Tickseed.

DIGITALIS is derived from the Latin for “finger” because the little flowers resemble a thimble. Legends say that the wicked fairies gave these mocassin-like flowers to the foxes to soften their tread; hence our name Foxglove.

ECHINOPS means “like a hedgehog” and no one familiar with the spines of the Globe Thistle will dispute the fitness of the name.

MYOSOTIS is derived from “mus” meaning “mouse” and “otis,” “ear”; the soft short leaves of the Forget-me-not suggest the ears of a mouse,

PLATYCODON means “broad bell,” a reference to the shape of the open flower. The bud resembles an inflated balloon which resemblance has given rise to the familiar name Balloon Flower.

DICENTRA-Bleeding Heart-is derived from “dis” and “kentron” or “two spurs.” Children, however, see not only two spurs but two rabbits, a harp, a bottle and a pair of spectacles as well.

ANTIRRHINUM whose meaning is “like a snout” has suggested the animal to various peoples. In German this flower is called Loewensmaul or Lion’s Mouth. Children who have pressed the sides of the blossom and seen the dragon snap his jaws understand the origin of the English name.

One could name examples indefinitely. The fun of this game of studying flower names is that the longer it is played the more fascinating it becomes. To me the names most interesting are those of two friends found in almost every garden. Whoever has enjoyed the peculiar fragrance of the Nasturtium and perhaps puckered his nose just, a little sees the application of the, name which literally translated, means “turn the nose.” The botanical name peals to the imagination. It is derived from the Latin for “trophy.” Some one saw in the Tropaeolum, leaves shaped like shields, and flowers like gilded helmets spattered with blood and rent with lances. The second to interest me is the dainty Columbine whose name is derived from “columba” meaning “dove.” To some one the petals and sepals of the blossom suggested a circle of doves hovering about a bowl. Two theories are advanced for the origin of the botanical term. One is that it is “aquilegia” from “aquila” which means “an eagle”; the application of this meaning, however, is not clear to any one who has just discovered five peaceful little doves. Much more suitable seems the term “aquilegus” or “water drawer” for the Columbine, though a great lover of moisture, seems to thrive even in the stiffest soil.

By this time any one at all interested in plant names, their whys and wherefors, will realize that names, particularly the, botanical ones, are in most cases much more appropriate than are our own. She will, as I did, search the dictionaries for the derivations of the names of her favorites; many well-known flowers have intentionally been omitted from the list given here. She may recall from her study of Latin and Greek that “chrysos” means “golden,” “anthos,” “flowers,” “helios,” “sun,” etc.; and arrive at her own conclusions regarding the meaning of names. If she makes such a study, the names in her catalogs will be full of meaning and every flower in her garden will become an individual with an interesting personality.

Additional reading about lating names and there beginning can be address on this url: /garden-tip-articles/articles/latin-garden-names-species-plantarum/