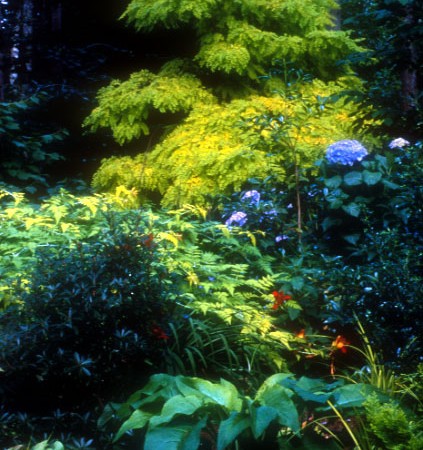 Her nickname was ‘Lacebark’ Pinus bungeana

Her nickname was ‘Lacebark’ and she was a living mosaic, pieced together from alabaster, ivory, amber, and jade. You know the type, with cheeks that put the glow of the moon to shame. I’d never met anyone like her, and probably never would have, had I not glanced through the Personals in the back of The Int’l Tree Huggers Magazine:

Your place or mine?

She was definitely not my type – I’m not what you’d call stable – but she seemed like a nice girl, so I gave her a call. Turns out she’d had a bad time of it: one among many in a huge family, sort of lost among the pines; slow to develop physically and you know how tough on a babe that can be; always kind of comely but not so’s you’d notice and for a long time nobody did; a late bloomer professionally – turns out she loved to act – but always passed over for the choicer roles.

Part of the baggage, she says, of being evergreen.

I told her I had some contacts in the plant world, and suggested she send me her picture. I didn’t want to brag, but I knew my way around this forest, and was certain I could shake down a few trees. As sure as ten dimes will buy you a dollar, the pix proved her good as her word. Fact is, Lacebark seemed just a little too  good to be true.

I needed to see her in the flesh.

I finagled an invitation for tea. She lived in what seemed like a Chinese temple garden; turns out, it was a scale-size replica of her ancestors’ sacred home. Her relatives had lived outside Peking for centuries before the telling events of 1831, when a visiting Russian botanist named von Bunge laid eyes on the aged, chalk-barked family and told one too many friends.

Invitations from abroad flooded in. Who could refuse? The family dispersed via England with the help of a guy named Fortune (man, was he ever on a roll). Lacebark’s branch hit these shores in 1879. They were the toast of the town – exotic Asian émigrés were big news those days – but here we are, several generations later, and nobody knows her name.

Watching her lustrous dark needles, her airy grace and her luminescent body (molded by time into patterns and patches that changed hues with the setting sun), I couldn’t believe she’d ever been ordinary. The dame was positively surreal. Her beauty was easily equal to that of the legendary, mahogany-skinned Maple – I knew her as Paperbark – but more startling because of the package she was wrapped in Evergreen. I wanted her. Badly. And I knew I could never have her. Lacebark outclassed me by a mile. I envied the landscape that would be transformed by her presence; just by looking at her, I could tell she’d only get more beautiful with time.

I left her with the promise to tell her story so that she might find what she longed for so dearly: room to breathe and time to grow. Not much, all told. As I drove away, my heart captured, my reason under siege, I resolved to hold tight to my promise. Tight as bark on a tree.

This article is excerpted from her first book, Plant This!, coming soon from Sasquatch Books