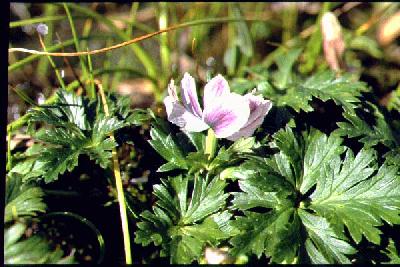 The literal meaning of this term is a fruit wall, a framework upon which fruit trees are supported. A well-constructed espalier has an upright post every 3m (10ft) securely embedded in the ground and standing about 1.8m (6ft) out of it. Horizontal wires are strained at intervals of about 38cm (15in) along the posts, connecting one post to the next. The end
posts are supported by diagonal stays to enable the wires to be pulled tight in order that the ultimate weight of fruit shall not overload the erection.

Fruit trees are then planted at intervals along the fence so constructed, and trained in a horizontal fashion to the wires. Trees trained in this way have come to be called, quite erroneously, espaliers, though they may be referred to as espalier-trained trees.

There are two methods of training the young plants. In the first the stem is allowed to grow upright and as laterals develop they are tied in to the wires horizontally on each side of the main stem. On maturity the general effect along the fence is of horizontal ribbons of blossom and later fruit. The second form of training uses the side branches in exactly the same way but after they have been trained for a short distance in the horizontal position, they are turned upwards, thus forming a broad-based letter ‘U .

When fruit is grown on this system, more can be accommodated in a given space, light reaching all branches and air circulating freely, resulting in a heavier crop than would be possible were the trees grown as bushes.

Pears and apples are commonly trained in this way, either in the open or against walls. The method can also look effective for training apricots.