Meconopsis – Perennial Plant, How to grow 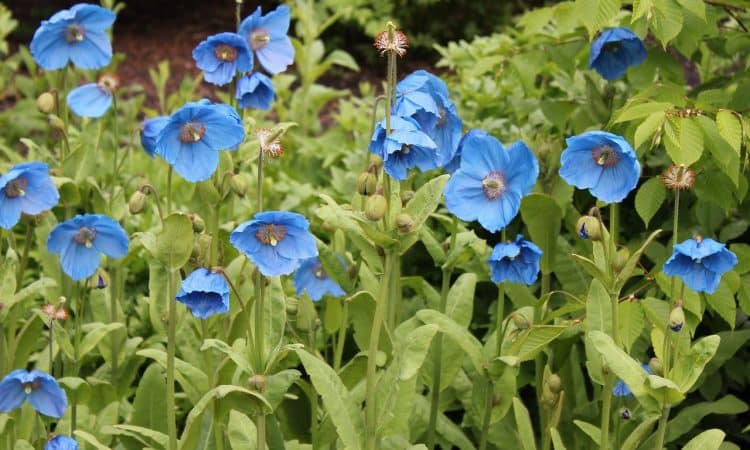 How to Grow Meconopsis

From the Greek mekon, a poppy, and opsis, like (Papaveraceae). This genus of poppy-like and very showy annual, biennial and perennial plants generally attracts much attention in those fortunate gardens which provide the necessary conditions for their cultivation. Most of the showy Chinese and Himalayan species need light woodland conditions and a moist soil or climate. Very many of these plants are monocarpic, that is, they will die when they attain flowering age whether it be in one, two, three or more years’ time. It is probably the bright blue species which are most admired, though some of the delicate yellow ones are extremely fine.

One species, M. cambrica, the Welsh poppy, is a British native which, with its golden-yellow or orange flowers will brighten sunny or shady places in the garden and will successfully seed itself, often in such inhospitable places as between the cracks in paving stones or even between the bricks in old walls where the pointing has decayed.

Cultivation A woodland soil containing leafmould is most suitable, and some light overhead shade during part of the day is appreciated. It is best to sow the seeds as soon as they are available in autumn, but if you get your seeds from a commercial source they will not be available until the spring. A few species, such as

M. quintuplinervia may be propagated by division; others, for example, M. grandis, may be increased by removing and rooting side-shoots. Many of the species, especially those with rosettes of silvery leaves, are suited to the lower stratum of the rock garden. Water generously in summer but keep dry in winter. In general, the meconopsis does better in moist conditions.