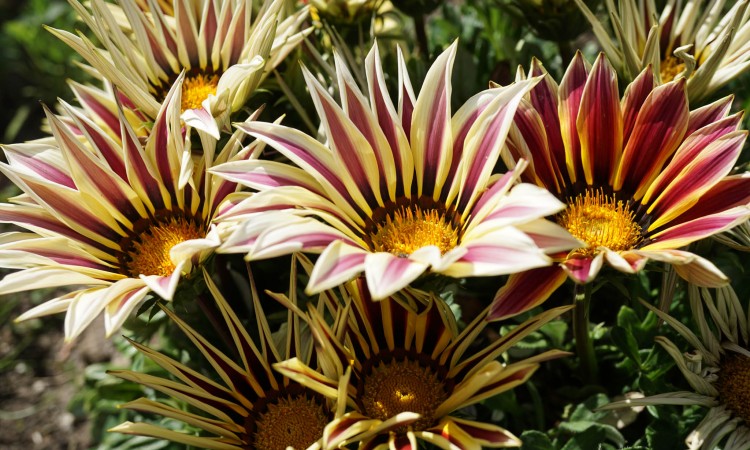 Since confession is good for the soul, I feel compelled to say that I always order too many seeds.  And since making excuses is one of the hallmarks of the human condition, I will also say that my seed surplus is not entirely my fault.  Seed companies and garden magazines and charities send me all kinds of small seed packets in an effort to get me to buy or subscribe or donate.  Since to err is human and to forgive divine, I will strive for divinity by forgiving my own horticultural gluttony.

Still, forgiving does not mean forgetting—at least not this year.  Before the latest seed order lands in the mailbox I am determined to figure out what to do with all the seeds left over from years past.

The four packages of giant sunflower seeds will be planted in front of our summer cottage.  My seven year-old nephew loves sunflowers, and for some unaccountable reason my sister (his mother) has trouble growing them at home.  I believe that she also has trouble attracting ants to a picnic, but that is another story.  It’s better not to speculate on family foibles.

The packets of Viola ‘Helen Mount’, Viola ‘Scottish Strain’, Pansy ‘Ghost Mix’ and Pansy ‘Maxim Marina’ will be planted immediately, because they take a long time to reach blooming size.  Given my previous success rate with pansies and violas, I should end up with about enough plants to fill a 6” pot.

I don’t know what possessed me when I spent $1.29 on a packet of mixed impatiens.  Come spring I plan to strew them in a shady spot and forget about them.  Some plants seem to regard neglect as a challenge, so the impatiens will undoubtedly germinate.  In the meantime, I will have eradicated them from my memory.  The appearance of a few flowers several months later will convince me once again that miracles can happen.

I should probably do the same thing with the unlabeled inner seed envelope that has directions written on it in seven languages.  Unfortunately none of the directions, as far as I can tell, mention the seeds’ genus or species.  Judging by their appearance, they could be morning glories.  I will assume that they are, and in two months time I will soak the seeds overnight then start them in individual pots.  Even if they are not morning glories, this treatment probably will not hurt them.  I hope the plants are a pleasant surprise, but if they are not I can rest secure in the knowledge that I have never ordered anything carnivorous.  The worst they can possibly be is ugly.

I know that I wanted to use the Thumbergia (Black-eyed Susan vine) for a hanging basket.  If I establish some kind of tropical zone on my back porch this year, they might be appropriate.  At any rate, they grow quickly and don’t need to be started much before the last frost date in April.

The half packet of larkspur is also destined for our summer cottage.  I planted the first half in one of the back beds last year.  It self-seeded in a remarkably promiscuous way, and now I am sure that I will have larkspur in perpetuity.  I am equally sure that if I plant some larkspur on our shale beach, they will spread with similar wild abandon.  The prospect of the purple, white and mauve blossoms popping up here and there along the waterfront seems delightful, although it might irritate some of the die-hard native plant enthusiasts.

The packet of marigold seeds must have been something that I thought about for the garden at my previous address.  My current garden came with an astonishing number of existing marigolds, apparently descended from those planted by the former owner.  Last fall they looked lovely paired with the larkspur, but I don’t have room to plant any more.  Marigolds have their uses, but they have never been among my favorites.  It’s possible that I can give them to the Sunday school director at my church, so that her young charges can grow them in paper cups for Mother’s Day.

The two packages of columbines and the one package of pink foxglove will go into one of the shady beds that I have planned for my backyard.  I have never had much luck with columbines planted from seed, but there is always a first time.  I love them when they bloom, and the leaves are beautiful even when they are besieged by leaf miners.

That generous woman, Martha Stewart, keeps sending me stencils and packets of basil seeds in an attempt to bribe me into subscribing to her magazine.  I could have sworn that I planted all the sample seed packs of basil last year, but apparently, I overlooked two of them. Martha probably knows that unasked-for basil packs tend to give birth if left in dark corners.  At any rate, I will grow the basil, dry it and use it next winter.  Perhaps I will even make a wreath out of it to remind me of the doyenne of domesticity.

By now it is clear that I am a woman of slovenly horticultural habits, who neglects her cellar and ignores her excess inventory.  It’s’ all true, but at least if some kind of natural disaster happens, I will be able to replant the planet.