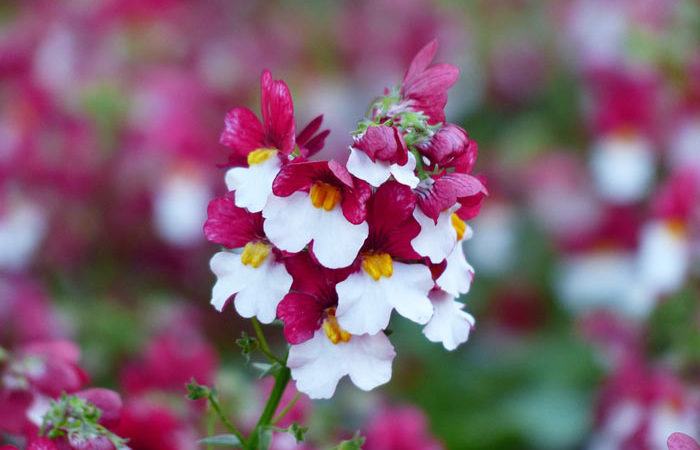 The English have admired and grown Nemesias in their cool climate and all have admired them in places where they grow well. At Ohio State University they grown them in the greenhouse but find that our Summers are too hot and dry, except when they are started in the Winter and set into the garden for Spring bloom, in which case they do not suffer from heat.

Where to Plant. The Nemesia is perhaps as much at home in the rockery as any other garden spot. In cool climates, it is an unexcelled plant for beds but in Central and Southern U. S., where Summers are hot and dry it is not characteristic.

GENERAL. The seeds may be sown in the Winter if greenhouse space is available, the plants then come into bloom in early Spring. They may be cut back and placed in the garden where by gradually hardening-off they may be set as early as April and give a great show of color before many perennials are in bloom. Seeds may be sown in March, in which case the plants bloom later.