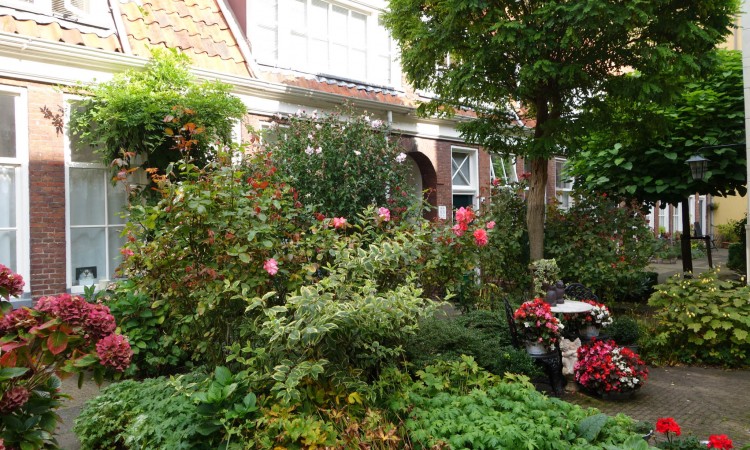 You’ve probably heard the word “extreme” applied to adventure activities, and many products appealing to youth.But I like to think of it as being an appropriate term to use with some perennials, those that tolerate “extreme” conditions in the traditional sense of the word.

It seems in recent years that we’ve gotten into a cycle of extreme conditions–colder than normal one year, warmer than normal the next winter. One summer is hot and dry, the next cool and wet.

What’s a gardener to do? Here are six perennials that seem to do well under variable and often extreme conditions. Most are hardy between USDA zones 3 and 8. As a group they provide interest in the first half of the growing season, aren’t invasive, usually establish well, and tolerate other stresses, such as some weeds.

Depending on your location and specific growing conditions, not all may be suitable choices for your garden. Unless otherwise noted, all grow best in full sun.

Among extreme perennials to try are a few new ornamental strawberries (Fragaria) such as ‘Pink Panda’ and ‘Red Ruby,’ with pink or red flowers instead of the usual white. These behave like strawberries, even producing a few small edible fruits, but they are mainly grown for their flowers and as a groundcover. Flowers begin in spring and often repeat throughout the summer.

Many perennial geraniums currently are on the market, with more coming out each year, and are quite variable in hardiness and other characteristics. One that begins bloom in early summer in the north (and may rebloom through the summer) is the Bloody Cranesbill (Sanguineum). The first part of the name is really a misnomer as flowers are magenta not blood red in color. The latter part of the name refers to the seed shape.

One cultivar to try is ‘John Elsley,’ which has proven to be hardy. The small, dissected, dark green leaves and roots withstand drought. This cultivar usually forms a nice low mound.

Forming a much taller mound, about four feet high and six feet across, is the False Blue Indigo (Baptisia australis). I call it an “instant shrub” as this is how it appears by early summer with dark blue flowers, followed in late summer by black seed pods. The latter persist through winter, creating great seasonal interest in the garden.

A relatively new perennial is Alexander Loosestrife (Lysimachia punctata), which is quite different from the other plants of this species. It has creamy margins on the variegated leaves. It withstands drought fairly well with less wilt and browning of leaves and appears equally as hardy as the rest of the species. This loosestrife forms a nice clump (about 18 inches high) and doesn’t spread invasively. Yellow flowers appear in early summer.

Daylilies are one of the lowest maintenance perennials for the garden, with a range of colors and thousands of cultivars. Many have flowers with exotic fringed petals and bicolors, making them quite different from the orange “ditch lily” most people are familiar with which grows along roadsides. Some “evergreen” types are better in the south, but most do well north or south, and in variable conditions.

Some may get some leaf streaks on leaves in late summer or distorted growth early in the year (“spring sickness”), but daylilies seem to come back and bloom each year. If severe drought, some lower leaves may yellow and brown but can be just pulled off.

If you are looking ahead to next spring, consider planting daffodils this fall. I love daffodils, and plant more each September for early spring bloom. You can choose from many new cultivars, with some blooming early and others later on in the season. Once planted, they can be left alone, and usually aren’t bothered by rodents and small mammals.