Seeds to Start in February

As soon as I’ve taken down the Christmas decorations and dragged out the tree, I dig out my seed trays and start checking my supplies. I know it’s too early to get any basil or tomatoes going; I know Zinnias and Impatiens won’t be able to go into the ground until the end of May (if then!); I know that seeds started too early indoors will turn into pathetic, lanky, weak plants that won’t do anything outside except embarrass me, but I can’t help myself; seeding fever has set in.

The trick to successful seeding is planning, starting the right seeds at the right time in the right conditions. Generally, the right time to start seeds depends on when the seedlings can be moved outside safely in your specific area. No matter which zone you garden in, there are plants that can be started indoors this month and moved outside before the end of May.

For you other eager seeders, here are lists of vegetables and flowers that can be started indoors in January and February, and moved outside in early spring (March – April), if you garden in zones 4 – 8, or late spring (April – May), if you garden in zones 2 – 3. Each chart (adapted from Garden and Greenhouse’s “Planting Guide for Spring Bedding Plants”) lists the approximate indoor starting date, the germination temperature needed, the seed’s required conditions, and the approximate number of days until germination. 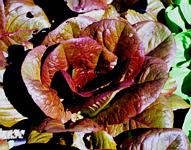 The planting dates are based on John West’s experience in Denver, Colorado (40 degrees north latitude with a 5000-foot elevation), so the planting times will be suitable for most northern climates. John uses an assumed planting date of April 15 for “early spring.” If you live in zone 5 or above, you might want to seed two to three weeks earlier if you like taking chances. Seed listed as needing dark for germination will germinate in bright light conditions (such as in a bright window, greenhouse, or under fluorescent lights positioned no more than six inches directly over the flats) if they’re covered to several times their thickness. Seed listed as requiring light needs to be uncovered and in bright light.

Remember; the seed dates are approximate. If you haven’t seeded Chives or Onions yet, this doesn’t mean that it’s too late. You’ll notice from the chart that these three vegetables are ideal seeding companions, as they all need the same germination temperature.

I actually start my lettuce (including mesclun) a little earlier than this, as I love the tender young greens. I seed directly into large shallow clay pots, which I put out on my sheltered balcony after the greens have gotten big enough, as house temperatures cause lettuce to wilt. In her 1996 Gardening Calendar, Helen Chestnut has another great idea for harvesting spring lettuce early; she recommends starting leaf and butter lettuce now and then transplanting it into a cold frame or plastic tunnel in early March… sowing seed radish, spinach, and bok choy directly into the frame or tunnel when the lettuce is transplanted.

I admit I’m a sucker for a pretty bloom. This table is organized by germination temperature, rather than alphabetically, to make it easier to group seeds.

While there are many other flower seeds that can be started in February, this list only includes the tough or semi-hardy ones that can be planted outside in early spring, so you don’t need to worry about keeping them alive indoors for an extra month or two while you’re waiting for the temperatures outside to climb. You other Basil and zinnia lovers know you’ll have to wait another month or two to get these tender heat lovers going!

But if you have enough windowsill space or some grow lights set up, you can start your indoor seeding program right away.Happy sowing!

Susan Ward is a freelance writer living in Comox, B.C. who has a passion for gardening. She is the Suite101 Editor for Gardening in B.C. and writes for magazines such as BackHome. 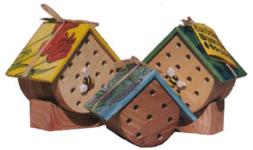 The Newsletter needs a new name! Terra Viva Organics would like to announce a contest for all subscribers of our monthly newsletter.
We’re looking for an original, catchy name.

All ideas can be sent to mailto:info@tvorganics.com?subject=Contest. The winner will be announced at the end of the month and will be awarded an Orchard Mason Bee Condo!