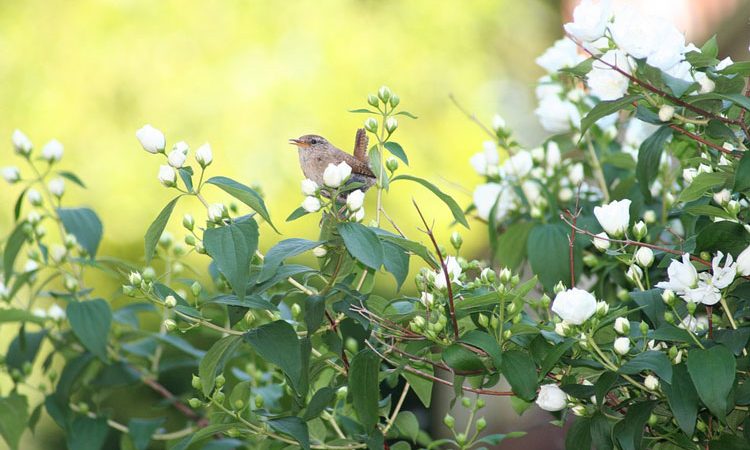 (Deut’zia). A group of leaf-losing shrubs that are beautiful in bloom but are otherwise undistinguished. The flowers are produced from the side buds of the previous year’s growth. Many kinds are known; they are chiefly natives of China, Japan and the Himalayas. The majority are not perfectly hardy in the North against winter cold and should be given sheltered positions even in the climate of New York City and environs. The Deutzias are closely related to the Mock Orange, or Philadelphus; they belong to the Saxifrage family, Saxifragaceae. The name Deutzia was given in honor of John van der Deutz, a patron of botany and at one time Sheriff of Amsterdam.

Propagation and Cultivation. All the Deutzias can be increased without trouble by means of cuttings, 3-4 in. long, of soft shoots, in May or early June, or of firmer wood in July; the cuttings are dibbled in a bed of sand or sandy peat and are placed in a propagating case in frame or greenhouse. Young plants should be set in good soil in a nursery border, the ends being pinched out of the shoots to induce a bushy habit of

growth. When two years old, they should be large enough for planting in permanent places. The best results can only be expected by providing good loamy soil that is not excessively dry.

In order to obtain plants that will flower freely, they must be encouraged to form well-ripened wood each year. Assistance is given by removing some of the old wood as soon as the flowers are over; the old shoots should be cut back to those points from which vigorous young shoots are developing. Help may also be given by dressing the soil above the roots with well-rotted farmyard manure or an occasional application of a complete fertilizer.

A sunny position is desirable so that the shoots will be thoroughly ripened or matured. Deutzias may be planted in soil containing lime as well as in somewhat acid soils. The smaller-growing kinds are excellent for beds, and the larger ones are useful for groups or isolated specimens.

For the Greenhouse. As forcing plants for greenhouse decoration in spring some of the dwarf kinds are excellent, particularly the white-flowered D. gracilis. It is wise to grow plants especially for this purpose and to begin forcing them when they are two years old. As soon as they show deterioration they should be planted out of doors.