How to control Aphids 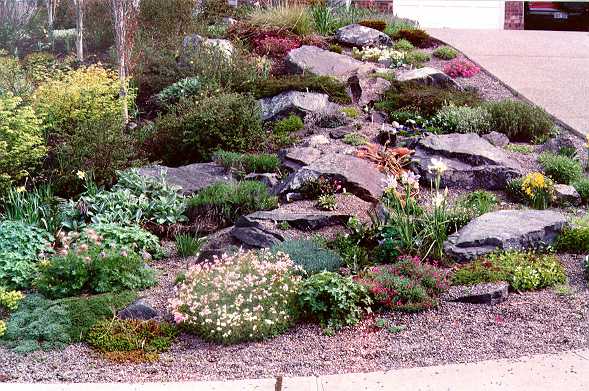 There are many kinds of aphids and they vary greatly in color and in general appearance, e.g., ‘greenfly’, ‘blackfly’, `woolly aphid’, etc.

Often the pest is not noticed until large colonies have built up, which can happen very quickly in warm weather. By the time the damage is noticed, the aphids may have migrated, leaving only their cast skins. Aphids feed by sucking the sap which gives rise to various types of damage. Flowers, shoots and fruits may be deformed; foliage curled, blistered or discolored and galls are sometimes formed on stems or leaves. Other effects of infestations include the transmission of virus diseases; the attraction of ants to the honeydew excreted by the aphids and the growth of sooty molds on this sticky deposit, which gives affected plants a dirty and neglected appearance.

Most aphids lay overwintering eggs on trees and shrubs. In spring, these give rise to aphids which produce living young, not eggs. After several generations, winged forms appear and these are able to migrate to herbaceous host-plants where breeding goes on throughout the summer months. In autumn, winged aphids return to the trees and shrubs where the winter eggs are laid.

Tar oil or DNOC-petroleum sprays may be used against the egg stage when trees are completely dormant. Various combination sprays can be used on fruit trees at the bud-burst to green cluster stage in early spring. If BHC is used after petal fall, derris should be added against red spider, or malathion(nasty stuff) can be used whenever an infestation is noticed. On ornamentals, aphids may be controlled by malathion, dimethoate, nicotine, BHC or derris. It is necessary to read makers’ instructions carefully to ascertain how long should elapse between spraying and harvesting edible crops and whether any plants are liable to damage by the chosen insecticide.

Aphids have many natural enemies, including ladybirds and their larvae, lacewing larvae, syrphid fly larvae and braconid parasites.

Green apple aphid (Aphis pomi). Attacks apple, pear, quince, rowan, hawthorn, cotoneaster, etc., and can be a severe pest of nursery stock. Young shoots become thickly coated with velvety-green aphids. Leaf-curl is caused and the shoot-tips may be killed. The shiny, black, oval eggs are laid on the shoots in vast numbers in early autumn.

Rosy apple aphid (Sappaphis mali). Colonies of aphids varying from pink to blue-grey and slightly ‘mealy’, infest the shoots, causing severe leaf-curl and small, distorted fruits. In June most of the aphids migrate to plantains. A winged generation returns to apple in September, when overwintering eggs are laid.

Rosy leaf-curling aphid (Sappaphis devecta). Easily detected because attacked leaves become bright red and severely curled. The aphids feeding within are mealy bluish grey. They tend to infest the same trees year after year. Eggs are laid in late June and July in cracks in the bark and sites well protected from winter sprays. Therefore, a combination spray should be applied at the bud burst to green cluster stage in spring, or malathion may be used whenever the pest is noticed.

Woolly aphid (Eriosoma lanigerum) also called American blight. Attacks apple, pyrus, cotoneaster, puracantha, etc. Brownish purple in color but protected by conspicuous tufts of white, waxy cotton wool especially in the summer months. Feeding causes galling of shoots and splits may develop allowing disease to enter. Fresh infestations are liable to occur annually as the pest migrates freely. Root infestations occur abroad but rarely in Britain, although colonies may be found at the base of the trunk or on exposed roots. The aphid hibernates under loose bark, etc., making control by winter sprays difficult. Small infestations may be painted over with methylated spirits. Otherwise, spraying with BHC and a succinate wetter at the pink bud stage of apple, or with malathion whenever an infestation is noticed, should give control. The woolly aphid parasite, Aphelinus mali, has been used commercially against the pest but needs to be kept in cold storage during the winter as wet seasons appear to be unfavorable to its survival. The galls are often pecked out by birds.

Auricula root aphid (Pemphigus auriculae). Pale greenish aphid covered with white ‘wool’. Found on the roots of potted primulas and occasionally out of doors. The foliage of attacked plants becomes yellow and the plant eventually wilts. Dipping in a solution of nicotine or watering with malathion or diazinon should check this pest.

Beech aphid (Phyllaphis fagi). An attractive aphid which secretes feathery trails of white ‘wool’. Found in colonies on the underside of the leaves of beech trees or infesting beech hedges, causing a sticky deposit of honeydew.

Black bean aphid (Aphis fabae). Blackish aphid with lighter colored legs. Over-wintering eggs are found on spindle and snowball trees, as are those of several very closely related aphids. Leaf-curl is caused by their feeding. In due course, migration takes place to beans and weeds such as goosefoot and thistles. Closely related aphids infest rhubarb, dahlias, nasturtiums, docks etc. In autumn there is a return to the woody hosts to lay overwintering eggs.

Cabbage aphid (Brevicoryne brassicae). Waxy, greyish aphids which infest brassica leaves, causing them to become yellow and crumpled. Young plants may become stunted or killed in severe infestations. Overwintering eggs are laid on the stems and leaves but the aphids themselves may also survive a mild winter. It is advisable to destroy old plants before mid-May because in June and July migration takes place to newly planted brassicas and probably also to weed hosts, such as charlock and shepherd’s purse.

Cherry blackfly (Myzus cerasi). A brownish-black, shiny, aphid which often occurs in great numbers on the shoots of fruiting and ornamental cherries. Severe leaf-curl is caused and often the death of the shoots. In June, migration begins to weeds such as cleavers, bedstraw and speedwell. In autumn, winged aphids return to cherry and overwintering eggs are laid.

Chrysanthemum aphid (Macrosiphoniella sanborne). A brownish-black aphid which causes distortion of shoots and buds. It is often accidentally taken into the greenhouse in the autumn with the plants and thus is able to breed on them throughout the year.

Current and gooseberry aphids: Currant root aphid (Eriosoma ulmi). Grey aphids found on the roots protected by `wool’. The overwintering eggs are laid on elm and the feeding of the aphids in spring galls the elm leaves. In early summer, migration to currant and gooseberry roots takes place.

Currant-sowthistle aphid (Hyperomyzus lactucae). A green aphid with black markings in the winged stages. It occurs mostly on currants where stunting of shoots and leaf-curl is caused. The summer host is sowthistle.

Gooseberry aphid (Aphis grossulariae). Greyish green aphid which deforms the shoot-tips of currant and gooseberry. Spends the summer on a species of willowherb.

Lettuce aphid (Nasonovia ribisnigri). A shiny green aphid which infests currant and gooseberry. In summer, a severe pest of lettuce on which it may overwinter in a mild season.

Red currant blister aphid (Cryptomyzus ribis). A cream-colored aphid found on the underside of the leaves in spring causing severe red blistering. (On black‑currants, the blisters may be yellow.) The summer is spent on hedge-woundwort and hemp nettle.

Glasshouse potato aphid (Aulacorthum solani). A yellowish-green aphid which causes severe leaf-curl on potatoes and other plants outdoors and under glass. Tomatoes and carnations are among the plants attacked.

Lettuce root aphid (Pemphigus bursarius). This pale, mealy aphid has two main host plants. Overwintering eggs are laid on poplar trees and the resulting aphids form ‘purse galls’, reddish, hollow, pear-shaped swellings on the leaves. In summer, many of the aphids migrate to various plants, including lettuce where colonies covered in ‘wool’ are formed on the roots. In autumn, there is a return to lay overwintering eggs on poplar, but some aphids may remain on lettuce roots if conditions are favorable. Watering with nicotine, malathion or diazinon, following makers’ instructions, should check this pest.

Peach-potato aphid (Myzus persicae). Ranging in color from pink to yellowish-green, the pest infests all kinds of plants, from potatoes, lettuce and brassicas to shrubs, peach trees and garden and glasshouse plants, causing curled leaves and distorted blooms. Overwintering eggs are laid on woody hosts, but some aphids survive in protected sites on plants under glass and out of doors.

Pear bedstraw aphid (Sappaphis pyri). A pinkish-grey aphid which often builds up enormous populations before winged migrants leave to infest bedstraw. There is a return to pear in early autumn when overwintering eggs are laid.

Plum aphids : Leaf curling plum aphid (Brachycaudus helichrysi). Yellowish-green aphids which hatch early in spring and feed on the developing buds and later on the foliage, causing severe leaf-curl. Migration takes place in summer to such plants as asters and chrysanthemums. In autumn, there is a return to plum, where overwintering eggs are laid.

Mealy plums aphid (Hyalopterus pruni). Mealy, pale green aphids which hatch late in spring, but which form enormous colonies on the underside of the leaves in summer. Some migrate to reeds and grasses but others continue to breed on plum and damson, where the overwintering eggs are laid in autumn.

Potato aphid (Macrosiphon euphorbiae). This varies in color from pink to green. It damages the growing point and causes leaf-curl in potatoes and a wide range of plants, including lettuce, antirrhinums and annual asters.

Raspberry aphid (Aphis idaei). Mealy, grey-green aphids which infest raspberry, loganberry, etc. Overwintering eggs are laid at the base of the buds. The aphids cause leaf-curl and stunting in severe infestations on young growth.

Rose aphid (Macrosiphon rosae). A pinkish green aphid with black cornicles, this is the most common of rose-infesting species. They increase rapidly and severe infestations cripple shoots and buds. Some migration to other plants takes place but the pest may remain on the rose throughout the year. Overwintering eggs are laid in autumn but some female aphids may also survive.

Strawberry aphid (Pentatrichopus fragaefoliae). Small pale aphids with knobbed hairs. They breed continuously on strawberry except in the coldest weather. Winged forms are often responsible for spreading virus to other stocks.

Shallot aphid (Myzus ascalonicus). Small, greenish brown aphids which cause twisted leaves and stunted plants. Breeding continues through autumn and winter, but about early June a migration to other host plants takes place.

Tulip bulb aphid (Sappaphis tulipae). A yellowish aphid which infests bulbs and corms, continuing to breed in store where conditions are favorable and infesting young shoots when they arise. Infested bulbs may be immersed in a gamma-BHC (20 percent) solution, 0.51 (1/4pt)  to 45 liter (10gal) water, for 15 minutes. Fumigation with paradichlorobenzene crystals under hessian in an airtight tin, with the bulbs or corms laid on the hessian is effective. 112g (4oz) of crystals are needed per 0.3 cu m (cu ft) and the tin should be left for five days.

Waterlily aphid (Rhopalosiphum nyphaeae). A dark, slightly mealy aphid which builds up large colonies on water plants in summer, causing distortion and discoloration of waterlily leaves and flowers. The winter hosts are prunus species from which the winged migrants return to water plants in June. Control is difficult if fish are present or if there is an outlet to water containing fish, because most insecticides, including derris, are harmful to them. Nicotine is perhaps the least dangerous for this purpose; or a strong jet of water might be used to wash off the aphids.