How to grow cabbage plant 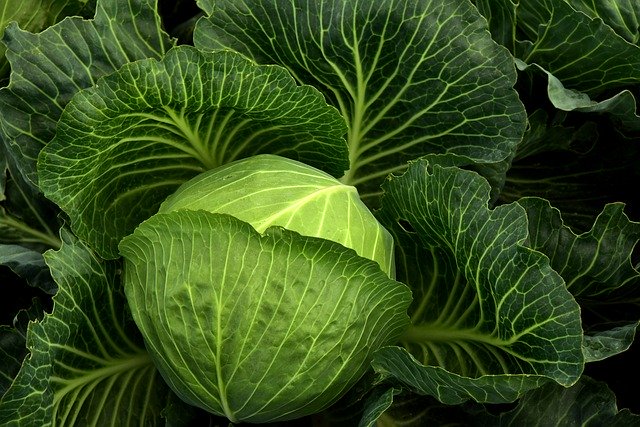 What to add to the soil for growing cabbage

Cabbages are gross feeders and require adequate quantities of manure dug in well before planting. Firm ground is essential. Apply 85g (3oz) of superphosphate and 28g (1 oz) of sulfate of potash prior to planting. A slightly alkaline soil with a pH 7.0 or over is best. On an acid soil apply lime, but never at the same time as manure. Apply a good basic dressing for autumn plantings, such as 110g (4oz) of basic slag and 28g (1oz) of sulfate of potash.

A dressing of 28g (1oz) of nitrate of soda per sq m (sq yd) in early spring will provide the necessary tonic to start the plants into active growth. The earliest sowing may be under glass in January or early February, and the seedlings pricked off into a protected cold frame 5-7cm (2-3in) apart. Plant out when hardened off in early May and apply 28g (1oz) of nitrate of soda six weeks later.

When to harvest a cabbage

Cutting should begin in late June. When the ground is in a suitable state in March or early April make a main sowing, using two varieties, one for autumn use and the other for winter cutting. Sow thinly in drills 12mm (0.5in) deep. Plant these out when ready in early June to 45cm (18in) apart in the rows and 60cm (2ft) between the rows.

When to plant a cabbage

Plants for autumn planting to produce spring cabbages should be sown from the middle of July to the middle of August depending on weather, soil, and locality. Two separate sowings a fortnight apart can prove helpful if the precise sowing time is doubtful. Plant out in September and firm well. Plants must be hard and sturdy. Distance of planting for spring cabbage should be 45cm (18in) apart each way, or 45cm (18in) between the rows, cutting alternate plants first as spring greens. A useful spring crop may be obtained by planting 30cm (12in) between the rows and 23cm (9in) in the rows using the crop as spring greens.

Red cabbage, also known as pickling cabbage, is usually sown in July or August, and thereafter treated in the same way as spring cabbage, although it is better to plant out at lm (3ft) apart to get better heads. Alternatively it may be sown in March. There are few varieties: those that are available have ‘Red’ as part of their name eg ‘Red Drumhead’, `Large Bloodred’, although `Stockley’s Giant’ is an exception.