Weeding a garden and their renovation 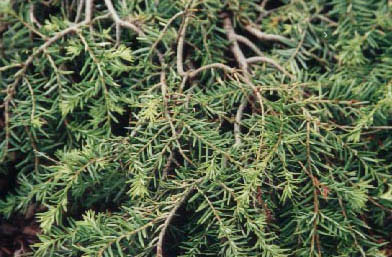 Weeding a garden and their renovation

At a first glance, a derelict garden seems a most depressing problem and one which would appear to be insurmountable. Certainly its renovation and reclamation will require a great deal of hard work but it is a task which can be made much easier and pleasanter if a plan of campaign is worked out beforehand.

There are, of course, degrees of neglect. Some gardens may have been
unoccupied for a few months only, a few will have been neglected for years. Whatever the condition, the work of reclamation should be tackled in easy, logical stages. A garden is as good as its initial soil preparation and any hurried or glossed over soil cultivation will repay in poor growth and even more vigorous weeds later on.

Examining the site The first thing which will have to be done will be to examine the site carefully to see where original beds and borders are and to identify these with long stakes. In extreme instances, it may even be difficult to trace paths, but these must be given priority as, if they are in reasonable condition, they will be most useful when the wheelbarrow is required.

The extent of the site examination must depend on the time of the year the garden is taken over. The work will be difficult at the height of the season when most of the garden’s occupants are in full growth, but it will prove to be a most useful time as it will be possible to assess the quality of these plants. Those which are obviously weak and of very poor quality should be suitably marked or noted so that they can be removed. It might be possible to salvage some if they are cut back hard at the end of the season to encourage sturdier growth the following year.

If the garden is occupied in the autumn or winter, most of the plants will have died down and may be rather difficult to find and examine. It will, however, be an easier time to tackle the clearance problem, as much of the growth, including that of the weeds will have died down.

Clearance Once main features and plants have been located, the task of clearance or renovation can start. The first part will consist of weed removal. This can be done manually, by chemical means or a combination of both. In a seriously neglected garden where few established plants are worth keeping, the site can be cleared by the application of a powerful weedkiller such as sodium chlorate. This must be used with extreme caution since it is so powerful that ground treated cannot be used for at least six to seven months afterwards. It must be applied away from neighbors’ boundaries, too otherwise many of their plants growing close by will be seriously affected and even destroyed.

A safer method is to use weedkillers based on dalapon or paraquat. The former is especially useful for the control of grasses, especially that particularly troublesome weed, couch grass. Paraquat(Roundup) is a most remarkable weedkiller as it kills all plants but is completely inert as soon as it touches the soil. It enables the gardener to control and deal with weeds round established plants such as shrubs, roses and fruit trees. It deals most effectively with annual broad-leaved weeds and the tops of perennial weeds. It is reasonably economical to use as a 115g (4oz) pack makes up 151 (4 gall) of liquid which is sufficient to deal with 30 square meters (yards) of ground.

Another useful chemical aid is found in the form of SBK brushwood killer. Tough weeds such as docks, brambles, briars, nettles and many other common weeds are controlled by applications of the diluted chemical. A 300g (10oz) tin makes up sufficient liquid to cover 600-1200 square meters (yards).

Weeds can be dealt with by the more laborious method of hand weeding. Annual weeds such as chickweed can be killed if they are buried well beneath the soil surface during the cultivation of the soil. Perennial weeds such as dandelions, docks, thistles, plantains, couch grass, ground elder and bindweed must never be buried otherwise they will quickly take root again and grow even more vigorously. As many of these perennial weeds are deep rooted, care must be taken to see that they are dug or forked out as carefully as possible. Throw them into a heap as they are collected and allow them to dry out as much as possible. As there will be a lot of general rubbish being burnt during cleaning up operations, the best place for these dried weeds is on the bonfire; they will quickly burn if a good fierce fire is maintained.

The clearance of a neglected garden must never be hurried. It is a good idea to tackle small areas at a time. This will ensure that the work does not become too tiring, and it will also mean that it is carried out more thoroughly. Once most of the weeds and unwanted growth have been cleared, the soil itself will require attention. One of the first things to do is to gather any rubble which may be on the surface. This need not be discarded as it may come in useful for the foundations of new paths.

Cultivation The depth of cultivation must depend on the type of soil. If it is heavy, it will require deep digging in order to improve drainage. Light soils, on the other hand, will not need such thorough treatment. The heavy types should be double dug. That means that the top spit or 25cm (loin) of soil is turned over and the bottom of each trench is broken up to the full depth of the fork. This will provide about 50cm (20in) of well-worked soil.

The sticky types of soil can be opened up still further if sharp sand or well weathered gritty ashes are incorporated as the work proceeds. Small rubble can also be worked into the bottom spit to ensure adequate drainage. Organic matter is essential for neglected soils. It can be supplied in several ways. A neglected garden can always supply quite a lot of its own in the form of grass clippings, annual weeds and other waste vegetation. These can be incorporated fresh or stacked to rot down in a compost heap.

Horticultural peat is an ideal form of humus which can be dug in large quantities. It can be purchased reasonably cheaply in bulk. Moss peat is particularly suitable as it is extremely fibrous and has such a low degree of decomposition that it will last in the soil for several seasons.

Spent hops can sometimes be purchased from local breweries and are very useful for digging into the soil at about 1 barrowload to 6 square meters (yards). Where the gardener is lucky enough to be able to purchase some farmyard manure, this can be applied at the rate of a barrow-load to 8 to 10 square meters (yards).

There are many other products available from sundriesmen which take the form of composted or concentrated preparations for digging into the soil. Most are very useful, but some are rather expensive to use on a large scale and it is important to read the application rate carefully before buying, so that the economics can be assessed. The lighter types of soil require much more organic matter than others. Humus or organic matter is essential, as it acts as a sponge and retains valuable moisture, as well as providing food for the plants.

Ideally all soil cultivation should be carried out during the winter except for the light soils. During the preparation of the soil, a dressing of bonemeal should be applied and worked in at the rate of 115g (4oz) per square meter (yard). This is a slow acting fertilizer which supplies nitrogen and phosphate.

Establishing plants The busiest time in the newly reclaimed garden is the spring when new seeds and plants are established. It will be a problem time, too, as many seedling weeds will be appearing. The reason for this is that many weed seeds will have fallen to the soil the previous year. Regular use of the hoe is one way of killing most of these, especially if the work can be carried out during dry weather.

The chemical paraquat will be useful at this time of the year for keeping seed beds or rows free from weeds. If it is applied prior to germination, weeds will be killed and the soil will be clear so that the young seedlings can grow without competition from the weeds.

There are several proprietary ‘all in’ feeds or dressings which can be used instead. All have been specially blended, many with extras such as trace elements. Maker’s directions should always be carefully followed.

It will be necessary to provide extra feeds at frequent intervals during the growing seasons. Again individual fertilizers can be applied or proprietary ones which have been specially formulated for particular plants. If the weather is dry during the summer it will be necessary to provide plenty of water by means of sprinklers so that the various plants can become established as quickly as possible to transform what was once a neglected garden, into a place of beauty and charm.