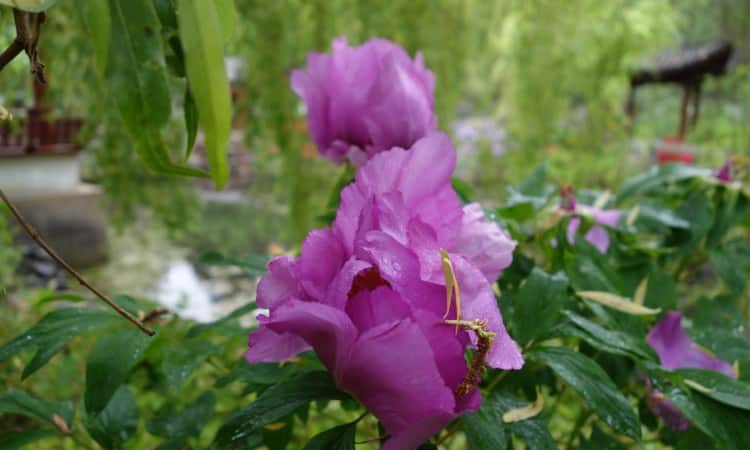 Over the years, there has been several conflicts of opinion on the aspects of pruning. There’s no reason for this because a rose is considered a flowering shrubs. As far as pruning is concerned these are classified as either plants that bloom on the new wood produced during the current season or they flower on last year’s shoots. The first types are pruned in late winter or early spring and the second as soon after flowering as possible. All types of roses except true ramblers fall into the first class, while the ramblers bloom on the previous season’s wood and must, therefore, be pruned immediately after flowering. True ramblers are not so numerous in gardens as they once were.

Most shrubs go on growing until they are mature, but roses grow shoots, which, when they get to a certain size, stop and ultimately die and are replaced by new ones. This is a form of natural pruning, but as these dying shoots sap nutriment from the younger vigorous ones and are also potential centers for diseases it is the practice to encourage the growth of new shoots by cutting back the old, dead and diseased wood annually.

There are additional reasons for pruning. Among these are

The Technique of Pruning The most common pruning tool is a pair of hand shears. It is essential that they are always kept very sharp; blunt hand shears may crush the stem, giving an opening for diseases to attack. The better tool is a pruning knife, which should be kept sharp by continuous whetting. It is not difficult to use and it is worthwhile learning how to do so.

Long handled pruners are heavy duty cutters, used for removing tough and old wood. Pruning saws are of value for cutting out stout stems; a pad (keyhole) saw is a useful pruning instrument because of its great flexibility. 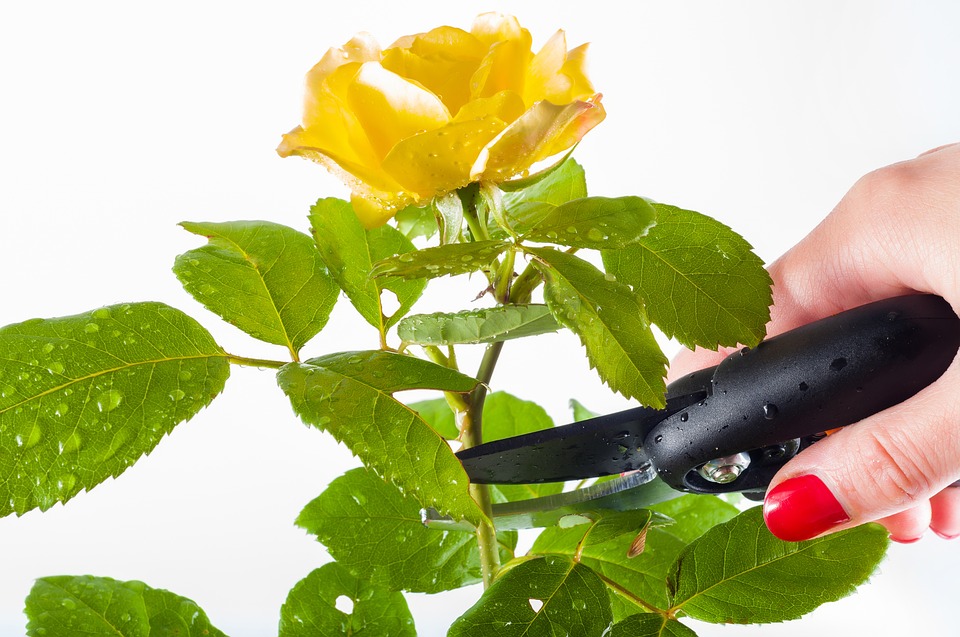 Because of the risk of spreading diseases when pruning dip tools in an antiseptic solution when a badly affected tree is pruned. One recommended is a 10% solution of trisodium orthophosphate.

When to Prune With the exception of true ramblers, roses are pruned during the winter or early spring. Exactly when depends upon the location and degree of exposure of the
garden. At this time, the cut will heal quickly, but in late spring or early fall, the shoot will bleed and, if a frost comes, damage is likely to be caused.

Ramblers are pruned in the late summer, soon after their flowers fade. So that they do not become unruly, the new shoots that remain should be tied in at the same time.

How to Prune If a rose of any sort is examined, it will be found that each of its shoots has buds, which alternately point in opposite directions, i.e., in a bush rose they are outwards and inwards towards its center. In pruning a bush rose, the cut is made just above an outward-pointing bud, as it is desirable to keep the center open with no inward growing shoots crossing it, or where a horizontally trained shoot of a climber is being pruned, it would be an upward pointing bud, because it is in this direction that growth is required.

The proper way to prune is to make a sloping cut, which begins level with the base of the bud on the side opposite to it and ends at a point on the same side as the bud, which is at a distance of a in. from the base of the eye.

Unfortunately cutting is not always done properly and the following faults occur :
– The shoot is cut too far away from the bud. It then dies back and becomes exposed to fungus infection.
The shoot is cut too close to the bud with consequential damage to the bud and malformation of the new shoot.
The cut is too long, resulting in an excessive amount of pith being exposed, which prolongs the time of healing of the wound.
Bear in mind that if the cut is jagged the tissues will be damaged and may become a possible seat of infection.
Whenever a rose is pruned, always:
– Cut out all dead and diseased wood.
Cut out all weak shoots, because while they remain they are using nourishment, that is required by the more robust ones.
Remove all growth that is growing in the wrong direction.