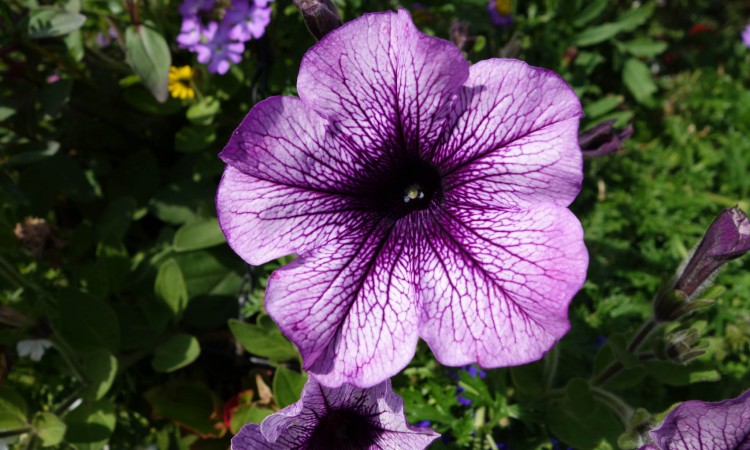 Roses are attacked by various pests and diseases. To fight them, it is important to be able to identify them and know what action to take.

Regular spraying with a chemical compound is important. Fortunately most sprays that are used today can be mixed together and can thus be used simultaneously, together, if desired, with a foliar feed.

There are several different types of sprayer available, but because of their cheapness and lightness, the pressurized plastic kinds are useful. For ease of handling, do not buy too large a one. Although it might have to be filled several times, a 2 pt. size is adequate for up to 150 plants.

Pests These can be divided into two categories, viz., sap-suckers, which include aphids and red spider mites and leaf-and-bud­eaters, such as caterpillars and sawflies.

The systemics are effective for about one month after spraying, whereas the contact types must be applied whenever the insects appear. A number of proprietary insecticides are mixtures of both.

Do not spray too soon, because the larvae of  ladybugs, hover flies, lace-wing-flies and braconid wasps, which are the natural enemies of aphids, appear at about the same time as the caterpillars. It is better to hand pick and destroy them rather than spray them.

So that gardeners can detect hostile pests and diseases, their indications are given below.

Sap-Suckers APHIDS These small insects breed rapidly and soon engulf the rose trees; they are sometimes pink, red or brown in color. By sucking the sap, they reduce the vigor of the plant, cripple the shoots and distort the leaves, which ultim­ately fall prematurely.

They must be dealt with expeditiously because not only do they damage the roses, they also exude a sweet, sticky fluid, honey­dew, the natural food of the fungus, sooty mold, which by coating the leaves, interferes with their normal functioning. In addition, they are carriers of virus diseases.

THRIPS These small black or brown insects sometimes swarm all over roses, particularly in thundery weather. Their immature forms which are colored pale pink to reddish, suck the sap. If they are present, leaves become mottled in appearance, young shoots are malformed and affected buds produce dam­aged blooms.

RED SPIDER MITES These pests attack outdoor as well as greenhouse roses. They are very minute, red insects, that are so immobile that they may be mistaken for specks of dust. Their presence is shown by the development of a fine, silken web under the leaves, in which they live and breed. The leaves of in­fected roses become mottled and off-color. If badly attacked, they turn yellow and fall. There is also loss of vigor.

Leaf and Bud-Eating Insects CATERPILLARS These, the larvae of moths and
butterflies, manifest themselves in various ways, which include holes in the leaves, skeletonizing of the leaves, rolling of the leaves and injured buds. Sometimes they exude a sticky fluid.

LEAF ROLLING SAWFLIES deposit their eggs
on the leaves causing them to roll at the edges and hang down.

ROSE SLUG The larvae (grubs) of these insects usually devour the upper side of leaves and skeletonize them.

The principal diseases of roses are due to parasitic fungi, and do damage by stealing vital foods from their tissues.

BLACK SPOT This disease is well-known to all rose growers. Its attacks are at their worst in August and September. It is recognized by the appearance of black or dark brown spots on the leaves, often initially the lower ones. They gradually increase in size and join together. The remaining part of the affected leaf becomes yellow and eventually falls off, leaving the plants bare.

No garden roses are immune from attack from this disease, but there are some that are less susceptible. A list of varieties that have been found to be more resistant to fungus diseases is given on the following page.
Hitherto fungicides used against black spot have been contact types, which form a pro­tective coat, which must be renewed at intervals of a week or so, with more frequent applications in wet weather. None of the compounds recommended is a complete
cure. Recently the first systemic fungicide has been introduced. It is claimed to be effective against both black spot and mildew.

MILDEW This starts with white or greyish white spots on the young leaves and eventually spreads all over the plants, making them look as if they have been dusted with flour. The leaves become distorted. Dryness at the roots often makes plants susceptible to mildew. Thus by keeping roses well-watered, the incidence of the disease can be reduced.

Fortunately there appears to be a few gar­den roses that are very highly resistant to attack. These are listed on the right.

RUST This has three characteristics : it only seems to attack roses in certain areas in this country, it often remains for two years or so and then disappears, and its spores need to be frozen to germinate and attack the follow­ing year. The last two might be connected, because a mild winter might prevent freez­ing. The disease appears in spring as rust colored swellings on the back of the leaves. In June, orange-colored spores develop. These germinate and the infection is widely spread. Later in August, they turn black and in this form they live over the winter.

DIEBACK AND CANKER A stem on a rose will
often turn brown and die. This can be the result of several different things, including frost damage, lack of water, careless pruning, causing jagged edges or being cut too high above a bud, the snapping of hardened shoots by high wind or rough handling, and by a fungus disease. The latter is true dieback ; when the effect arises out of any of the other causes, it is commonly, but erroneously called dieback.

Another fungus disease, stem canker, infects wounds, the cut end of stems after pruning, especially when blunt cutters are used, and dormant buds, which ultimately leads to browning and dying back. The first signs are yellow or reddish spotted or streaked, pimply or water-saturated portions of the stem. The brown area eventually extends some inches down the stem, usually termi­nating in a reddish-brown border where it abuts healthy tissues. Whatever may be the cause, the only remedy is to prune an affected stem back to a healthy bud, or cut it out altogether, if it has reached the union, otherwise the tree might die.

CHLOROSIS This is not a true disease, but an ailment, mainly caused by deficiency of iron and manganese. This can occur as far as the plant is concerned in soil in which there are ample quantities of these elements present, but where they are in a form in which they cannot be used by the rose, as often happens on alkaline soil. The symptoms are yellowing of the leaves and stems in springtime. They often eventually shrivel up and drop off. Also growth is stunted.

This condition cannot be remedied by dis­tributing ordinary, simple compounds of iron or manganese. If it is serious, the soil must be watered in spring with a proprietary formulation which contains chelates of iron and manganese in a form that can be absorbed by roses, together with active magnesium, which is another vital plant food.