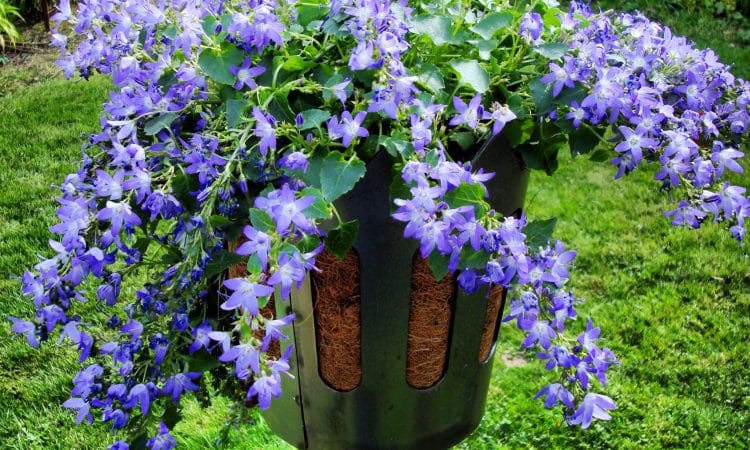 In winter, low temperatures as well as too intense light, lack of water (when the soil is frozen the moisture in it cannot be absorbed by the roots), and wind may cause damage. Some harm is directly due to the effects of below freezing temperatures on the tissues of tender plants; other damage is indirect—for example, the tearing and drying of roots that follows heaving of the soil as a result of alternate freezing and thawing.

It is well known that plants in poorly drained soils are more susceptible to winterkilling than specimens of the same kinds growing in well-drained places. Plants located in hollows or “frost pockets” are much more likely to be damaged than those planted where there is free air drainage. Selection of favorable planting sites is important as a protection against damage by cold.

Trees and shrubs, particularly evergreen kinds, are less likely to suffer winter damage if the soil in which they grow is kept moist throughout the autumn. If this is done, their tissues go into the winter well supplied with moisture and they are better able to withstand the dehydrating effects of sun and wind when the ground is so cold that it is difficult or impossible for them to absorb adequate supplies of needed moisture.

If fall rains are inadequate, evergreen shrubs should be soaked thoroughly each fall before the soil freezes. A mulch of leaves or coarse compost applied immediately after the final watering is beneficial in cold climates.

Where severe winters prevail much damage may be done to trees and shrubs, especially to evergreen kinds, by dehydration caused by their above-ground parts being exposed to the drying effects of sun and wind at times when their roots are in frozen soil or in ground so cold that absorption of moisture is prevented or retarded.

An effective way of reducing damage of this type is to spray the foliage at the beginning of severe winter weather and once or twice more at about monthly intervals with an antitranspirant (anti-dessicant) liquid. Such sprays based on rubber latex or plastics are sold by dealers in garden supplies under various brand names.

Anti-transpirants are of especial value when used on evergreens growing in exposed locations and for use on specimens that have recently been transplanted.

Very fine protection against cold is provided if an insulating layer of more or less loose material is spread over the surface of ground occupied by the roots of many plants. Such a layer either may prevent the underground portions of the plants from freezing or may simply prevent the ground from freezing as deeply as it otherwise would. In the latter case, at least some of the roots are likely to be in unfrozen soil and, if the plant is evergreen, it may still absorb at least some moisture to compensate for that lost from the above­ground foliage.

Winter mulching is really resorting to Nature’s way of protecting plants. When leaves fall they are blown among shrubs and other perennial plants. Before they decay and return plant food to the soil, they serve as a protection for roots and other below-ground parts by keep­ing a more even temperature in the soil over which they lie. Many gardeners, instead of taking a lesson from Nature, are inclined to neatness and artificiality and so rake up these leaves in fall. This is not always good practice. If it is done, in many areas it is desirable to replace them with a winter mulch. (See also Winter Covering, below.)

Small shrubs, especially those that have been recently planted or are not reliably hardy, can be protected by placing a layer of dry leaves, several inches thick, around them. The leaves should not be packed down so that air is excluded but should be left loose. Chicken wire may be used to contain them and prevent them from being blown away.

Larger shrubs and evergreens benefit greatly from having the soil covered with a 3-6 in. layer of half-rotted compost, loose, strawy manure, half-rotted leaves or any other appropriate mulch material that remains fairly loose and does not pack down and exclude air.

In part, this term is inter­changeable with winter mulching, but not wholly so. Winter covering includes the various types of protection that cover the tops, the above-ground portions, of plants. Winter covering is normally removed with the coming of spring; winter mulches are often left in position to decay gradually and form nourishment for the plants, or are forked into the ground to decay beneath the surface.

Among plants that are winter covered in cold regions are trees, shrubs and evergreens likely to be injured by cold, perennials and bulbs likely to be damaged by low temperatures and deep freezing of the soil, and young or newly transplanted specimens that may be harmed by heaving of the soil due to alternate freezing and thawing.

Young plants of many perennials and biennials are not thoroughly winter hardy in all regions. Where they are somewhat tender, or where there is danger of the small plants being heaved out of the ground by alternate freezing and thawing, they are benefitted by a light winter covering. Plants such as Foxgloves and Canterbury Bells that retain their foliage during winter will not survive, however, if a heavy layer of winter-covering material is spread over them. It should be just thick enough to shade the soil, and so check too frequent alternate freezing and thawing. Branches from Pines, used

Christmas trees or other evergreens are very satisfactory as a winter covering, as also is salt-marsh hay.

Delphiniums are sometimes protected by having sand or coal ashes heaped around and over their crowns. This is especially worth while in gardens that suffer from excessive moisture.

Irises and Peonies may not need winter protection if they were planted early. However, young plants set out rather late in the season may suffer injury from heaving by frost unless it is prevented by a light covering. This is especially desirable if the soil is clayey.

Some hardy bulbs such as Daffodils (Narcissi) may suffer damage from severe frost if they are planted late in beds or borders. They should therefore be planted as early as obtainable or be covered with 4-5 in. of straw, salt-marsh hay, bark, leaves, branches of evergreens or similar material. Hardy bulbs planted in grass sod do not require this protection.

Bulbs that are on the borderline of hardiness in any given region, and even many that are usually regarded as tender, may survive the win­ter outdoors if they are covered. For nearly hardy kinds, those that are just slightly tender —as, for example, Brodiaea uniflora, the Spring Starflower, in southern New York—a covering 4-5 in. thick of any of the materials recommended above for hardy bulbs will prove sufficient. For more tender kinds—such as Gladioli and Montbretias, in southern New York—a layer about a foot thick will usually enable them to survive by preventing the frost from striking deeply enough to harm them. Even Dahlias may be kept alive through the winter by this method in regions where they would otherwise surely perish.

When winter covering is used, it is important not to put it into position too early, not until the ground has frozen to a depth of an inch or two, and it should be removed gradually, not all at one time in spring. If put on too early, many winter-covering materials attract mice and other rodents that may take up winter quarters under their protection; these are likely to damage the plants. Too early or too rapid removal in spring may result in severe damage to tender shoots by sun, wind and late frost.

In addition to materials laid directly upon the ground or the plants, there are types of winter covering that involve building a shelter of burlap or similar material about the plants and wrapping the above­ground parts in hay, straw, paper and other protective materials.

Evergreens, even kinds considered fairly hardy, are much more susceptible to winter injury than are leaf-losing (deciduous) trees and shrubs. They transpire moisture through the leaves in winter as well as in summer, and protection from high winds and bright sunshine may be very necessary in cold regions, especially for those evergreens that are not natives. Burlap, neatly nailed to 2 by 4-in. supports on the exposed sides of the plants, is helpful. A few branches of Pines or other evergreens stuck in the soil so that they give protective shade may be all that is needed for some of the smaller, growing evergreens liable to winter damage.

Deciduous trees and shrubs, the tops of which are somewhat tender, as are, for example, Fig trees in the vicinity of New York City, and Hydrangea macrophylla rather farther north, may be successfully brought through the winter by tying their upper parts together, wrapping them in a thick layer of straw, hay, newspaper, old blankets or other material that provides good insulation, and encasing the whole in a layer of waterproof building paper. This is done before very hard frost, and the covering is removed in spring after danger of severe frost has passed.

In regions of cold winters, Roses need protection. Hybrid Tea and Floribunda bush Roses will withstand a temperature of about 12 degrees F. but are likely to be damaged by alter­nating mild and cold spells. They can be protected by mounding soil, buckwheat hulls, or peat moss around the base of the plants, covering them to a height of at least 8 in. Where the temperature drops below zero F., they should have soil mounded up to them and, after the ground is frozen to a depth of an inch or two, a thick covering of strawy manure or leaves should be placed over this.

Tree or standard Roses will tolerate about 15 degrees F. Where temperatures drop below this, they should be laid along the ground and covered with soil and a layer of leaves, straw or other winter covering. In the most northerly regions, they must be lifted and buried in a trench in the ground.

Large-flowered and everblooming climbers will survive at 5 degrees F. but are best mounded as recommended for Hybrid Teas where the temperature goes lower. In colder regions, it is safest to lay the shoots down on top of the ground and cover them with soil.

Climbing Hybrid Teas and Floribundas should be mounded with soil in a similar fashion and, in colder regions, laid down along the ground and covered with soil and mulch.

It is common prac­tice to protect many tender plants by growing them over winter in greenhouses, window gar­dens and in cold frames. In the former loca­tions, the plants usually continue to grow through the winter and need attention in the matters of watering, fertilizing and other cultural care in order to flourish.

Plants wintered in cold frames grow little or not at all until warm spring weather arrives.