Tony Hickman’s Pumpkin Patch Hello pumpkin enthusiasts. My Name is Tony Hickman and I live in Adelaide, South Australia. Duncan and I have made this web page to help all the people suffering the winter blues out there and to assist some fellow Aussie growers. I will post updates regularly when things start happening. I had trouble germinating seeds and […] A great pumpkin IKEDA, Japan – Takao Hoshijima, a farmer from Kurashiki, Okayama Prefecture (R) shows off a mammoth pumpkin he grew that won the all-Japan pumpkin contest on Sept. 26. The pumpkin, the biggest among 62 giant pumpkins entered in the Japan No. 1 Giant Pumpkin Contest held in Shodoshima, Kagawa Prefecture, weighs 390.6 kilograms (859-pound).   Ooops.. 1999 […] 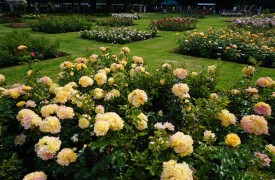 Additional Pumpkin Pages How To Grow – Records – Clipart – Seeds – Poems – Phantom – Carving – Pumpkin Recipes – FAQ’s – How Big is it? COMPOST FEEDING YOUR PUMPKIN By: George Brooks Although this season isn’t even over yet you should start planning for next year to improve your chances of growing a big one. The following […]