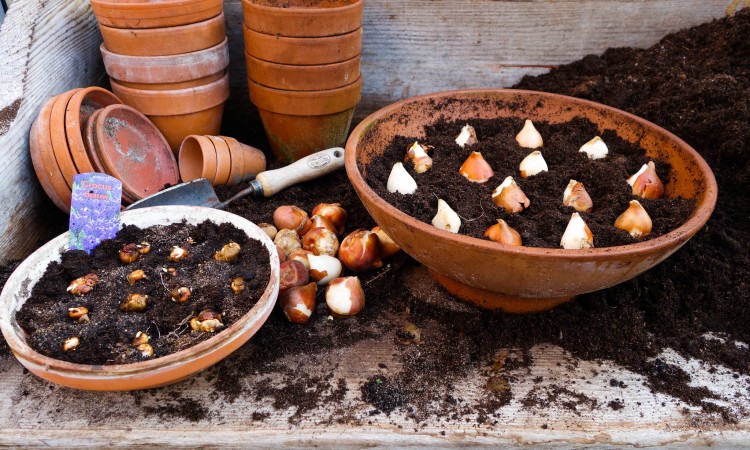 Just because a frost is predicted that doesn’t mean you have to say good bye to your lettuce, peas, and other fall crops. You can extend the growing season with the use of cloches (individual plant coverings), cold frames, and other tools for retaining heat from the ground during a cold night.

Season-extending tools are available commercially, or you can construct your own. A two-liter soft drink bottle with the colored plastic bottom removed makes a great plant protector for a small plant. Punch a few holes in the sides with an awl to improve ventilation. Large plants can sometimes be saved from a frost by covering with a clean, upside-down garbage can.

For rows of plants, you can use floating row covers, such as remay, which as made from spun polyester or similar material. These breathable blankets will do a better job of frost protection if they are folded over to double them up and increase their thickness.

With the proper equipment, it also is possible to protect crops from frost damage by sprinkling them with water on cold nights until the temperatures rise above freezing. As ice forms, it actually gives off heat, so the key is to keep ice forming slowly all night long on those first few below-zero nights. That can be accomplished with a sprinkler system set up with nozzles that create a light mist of water. Applying too much water will drown the plants or form too much ice that can break the plants.

Green tomatoes can be harvested before a frost and ripened indoors. The trick is to pick them at the mature green stage, that is, when tomatoes are mostly green with a hint of red. Wrap in newspapers, and pack one or two layers deep in shallow boxes, and store in a cool place.

Bring them out to room temperature as you need them. At 65 to 70 degrees F tomatoes will ripen in two weeks. Sort through the stored fruit frequently to remove ripe fruit and discard anything that is starting to rot or mold.

There’s still plenty of time to get a cover crop going to protect your valuable garden soil from erosion by wind and water over the winter. In addition, a cover crop will soak up leftover nitrogen in the soil and recycle it to subsequent crops when it decomposes.

Oats are a good choice for most home gardeners. They’re inexpensive and quick to establish, as well as die over the winter leaving a killed residue that’s easy to incorporate next spring. To sow, remove or till in crop refuse, and rake or rototill the soil to create a good seed bed. Evenly spread four to five pounds of oats per 1,000 square feet of garden, then cover lightly with soil. Using even higher seeding rates will create a quicker and thicker cover that will help suppress weeds.

You may be surprised at how long the oats stay green into late autumn, as it takes a hard frost to kill them. Winter rye, winter wheat, and combinations of these grasses plus hairy vetch are other winter cover crop possibilites, but these will overwinter and require tillage next spring.

September is a good month to landscape with fall mums, which are available in a rainbow assortment of colors. Bronze, red, yellow, and white are among the more popular choices. The key to successful planting is proper site preparation. Choose a sunny, well-drained spot. Dig and loosen the soil to a depth of eight to ten inches in a hole twice the diameter of the plant’s pot. Mix organic matter such as compost or well-rotted manure into the soil.

If you want to try to overwinter your mums, once plant tops die back after blooming or severe frost, cut the stems even with the ground. Apply a thick layer of straw or bark mulch at the end of October, removing it in the spring as the frost leaves the ground. If we have a mild winter, or you live in a mild location, chances are better that they will survive.

If you moved your houseplants outdoors for the summer, it’s time to bring them inside. A gradual reintroduction to the indoors is best as sudden changes in temperature, light, and humidity can be traumatic to plants, resulting in yellowing leaves, leggy growth, and possibly dieback.

Other activities for September: dig and store summer bulbs (gladiolus, dahlias, cannas, and others) when they mature; plant tulips and daffodils; take cuttings from geraniums, impatiens, and coleus before frost to root indoors; order garlic for October planting to harvest next year; pick your own Vermont-grown apples.

EXTENDING THE SEASON AND OTHER SEPTEMBER GARDENING TIPS