Garden watering: when how much 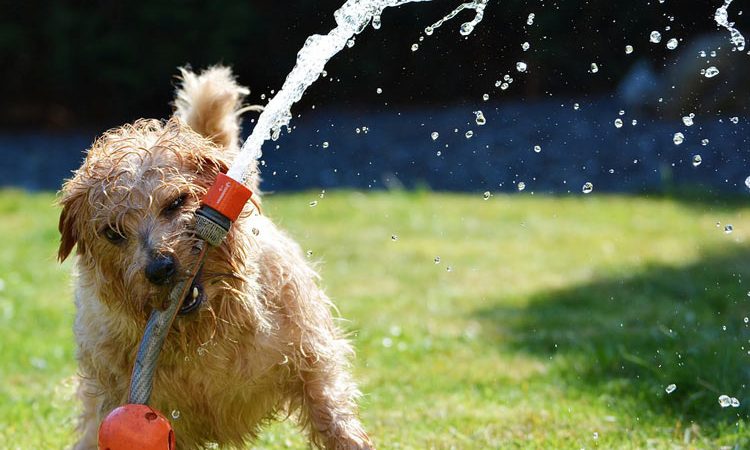 A LAWN OR GARDEN is tricky business. Knowing when and how much is two-thirds of the job. When depends upon the soil and the rooting characteristics of the plant involved, how much will be governed by the amount of soil that is dried out.

An actual inspection of the soil in the root zone of the plant is the best way to tell when to irrigate. Shallow rooted plants suffer from drought first because they cannot exploit a very large volume of soil. Deep-rooted plants can withstand prolonged dry spells since they have a large reservoir of soil water to draw on.

Turf plants are probably the most shallow-rooted plants. Many of these plants never root more than 3 inches deep. Leafy vegetables probably come next with root systems from 6 to 10 inches deep. The bean family will use about a foot of soil, potatoes around 18 inches, sweet corn probably 2 feet, and such crops as tomatoes and as paragus at least 3 feet.

Remember, these figures are the characteristic rooting depth of the plant. A soil restriction such as high water table, hardpan or poor aeration can decrease this depth of rooting there are a lot of tomato plants growing in this country with root systems less than a foot deep. Trees and woody plants. for instance, growing in their natural location generally have very extensive and deep root systems, but when transplanted they must frequently exist on smaller and unnatural root systems.

When the soil surrounding the root systems is pumped dry the plant will, of course, die. The trick is to let the soil dry down just so far and then completely recharge it. It is important not to water too often since this keeps the soil too wet and soggy. A soil that is kept too wet does not contain enough air and root troubles can get started quite easily.

You can tell the moisture status of a soil by examination. A soil that breaks easily, with shiny, glistening edges is near or above its water-holding capacity. A soil that will hold the cast of your hand after being tightly squeezed contains ample moisture. A soil that will not hold the cast is dry enough to be recharged. Soil more than 2 inches deep will never get dry enough to be dusty. Plants can die for want of water in soils with as much as 6 per cent moisture because it is held so tightly that the roots cannot pry it loose.

The soil will dry out first at the surface; then the dryness will progress down thrqugh the root zone as the dry weather persists. When working with shallow-rooted crops, such as lawn grasses and leafy vegetables, examine the entire root zone. On deeper rooted crops a depth of 9 inches seems to be the most indicative. This is also true of trees and woody shrubs.

There are periods during the life of any plant when shortages of water seem to be more critical, generally at pollination and when setting fruit. Many plants can survive very prolonged dry spells if they have ample water during these periods.

Plants also use much more water during July and August than at any other time because the days are longer and temperatures higher. A twenty day drought in May or October is equivalent to only ten days of drought in July and August.

Add enough water to recharge the entire root system. Here again the best way to ascertain when this has been accomplished is to inspect the soil. The same standards hold as when examining it before watering. In case of water shortages one may recharge what is estimated to be two-thirds of the requirement and then pray for rain to finish the job.

Recharging the root zone of plants requires rather substantial amounts of water. Sandy soils hold 1/2 inch of water per foot of depth, loamy sands 1 inch per foot, and loams and clays about 2 inches. In other words, a loamy soil can go four times as long without water but requires four times as much to recharge it as a sandy soil. It will take 350 gallons of water to recharge 1,000 square feet of sandy soil and 1400 gallons for 1,000 square feet of a loam soil one foot deep.

How long does it take to apply this? The only way to tell is to measure the rate that the equipment being used will discharge the water and then plan on the approximate amount of time to cover the area involved. After the equipment has operated the calculated length of time examine the soil to see if results have been obtained.

Apply the water in any manner that will give an even distribution and at rates no faster than the soil will accept it. Soakers or flood types of irrigation prevent impact damage to the surface of bare soil such as in gardens; but a high percentage of the water enters the soil near the equipment and an even distribution is difficult to obtain. Remember, too, that there is no lateral movement of water in the soil-only vertical. Flood types of equipment also require very level land to acquire distribution. Flooding can be used when watering one tree or shrub.

Oscillating or rotating sprinklers are handy and fairly efficient. There may be some impact damage on bare soil but this can be prevented with a light mulch. There is no impact damage on lawns since the turf forms a protective carpet. Distribution with these systems leaves something to be desired, as do all irrigating systems. The spray is definitely affected by wind.

Spray types of hoses have about the same ‘advantages and disadvantages. They too may be affected by air currents, but they do form a very fine spray which causes little or no damage to the soil.

Both of these sprinkling methods are portable and can be placed in different positions each time they are used, which helps to some degree to compensate for uneven distribution. Stationary sprinkler heads do not have this advantage. They do offer a very nice spray, however, and are extremely convenient-in fact almost too convenient since there is a tendency to irrigate too often.

In areas where water shortages or restrictions are invoked you must decide what to water. Grass will run short of water first but bluegrass that turns brown from dry weather is only dormant and not dead. It looks bad but will recover with fall rains. Annual vegetable and flower gardens can be a complete loss without water but all in all they are relatively cheap crops and will be replaced the following spring. Trees and shrubs are expensive perennials and in some cases cannot be replaced. If they have good root systems they can withstand severe dry spells without injury. If they have poor root systems they will need help.

When irrigating, use ample water to recharge the soil, distribute the water as evenly as possible and be more conscientious during the critical periods of the various plants. Also, don’t hesitate to irrigate during the heat of the day, and be sure to consider the condition of the root systems.