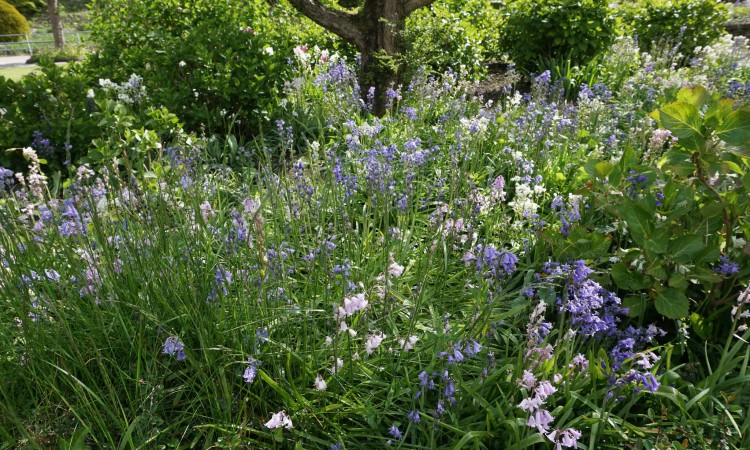 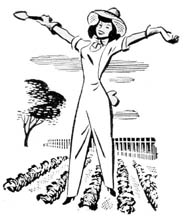 The world is full of odors, and some of them are not good. Then again, “good” is a relative term. The source of one person’s aromatherapy is the cause of another person’s allergy attack. The human nose is a complicated thing, and the human brain is even more so. Still, most gardeners are fond of fragrant plants, a fact more and more plant breeders and vendors have come to realize. From Astrantia to zinnia, the catalogs are full of new more fragrant strains of old favorites.

Most people don’t buy tuberous begonias for fragrance, but now it’s possible to do so. A new cultivar, sold in some places as “Scentiment”®, provides cheerful yellow color, a cascading habit for baskets or boxes and an alluring scent. Ordering the tubers now and starting them at the end of February will assure a summer of fragrant blooms.

For the past several years lavender has been riding a surging wave of popularity. It is, of course, unparalleled for fragrance. It is also easy to grow and care for, demands little water, thrives in lean soil and looks good in fresh and dried arrangements.

Each season brings new cultivars, and this season is no exception. Lavender angustifolia ‘Lavenite Petite’ is, as the name implies, a small variety, standing only 12 to 15 inches tall. The leaves are silvery. Lavender angustifolia ‘Silver Edge’ grows taller, reaching three feet in height. The leaves are bluish green edged with silver. I foresee clumps of it in my garden in the summer and dried bunches of it in my linen closet in winter.

Sometimes it seems that the University of Connecticut is celebrated primarily for its sports teams. Little do those rabid basketball fans out there know-“U “Conn” is also a powerhouse in Astroemeria (Peruvian lily) breeding. Now they have produced a freckled golden-flowered version, ‘Sweet Laura’, that is unique among its kind because it is scented. It’s a wonder they didn’t call it ‘Musky Huskie’.

A few years ago I bought several divisions of a tried and true old daylily called ‘Hyperion’. Everyone should have at least one good stand of these tall yellow lilies. They are lovely to look at and even lovelier to smell, with a scent that wafts easily on a summer breeze.

Though ‘Hyperion’ has long caused a stir with its fragrance, most daylilies have had to get by on looks alone. Now lovers of sweet smells can rejoice. New varieties are much more likely to smell good. The lily experts at Gilbert H. Wild and Son (P.O. Box 338, 3044 State Highway 37, Sarcoxie, MO 64862, (888) 449-4537) carry ‘Chorus Line’, a flashy, fragrant, reblooming daylily that is “pale pink with a rose band and yellow halo.” They also list ‘Prairie Moonlight’, another scented reblooming variety that is tall and pale yellow with extra large blossoms.

During the Cold War era, Americans developed a fondness for big muscular hybrid tea roses. Breeders responded by producing hybrids that were long of stem and robust of bloom, with flowers that often looked better in bud than fully opened. The problem with many of those roses was that they had little or no scent. Now, thanks in part to English rose breeder David Austin, the pendulum has swung back and recent introductions have been touted for their fragrances. ‘Pearl Essence’, a new pink hybrid tea from Jackson & Perkins boasts of its “strong, fruity fragrance.” Since fewer people douse their roses with foul smelling pesticides these days, it’s a perfect time for a fragrant rose renaissance.