Why don’t my plants flower? 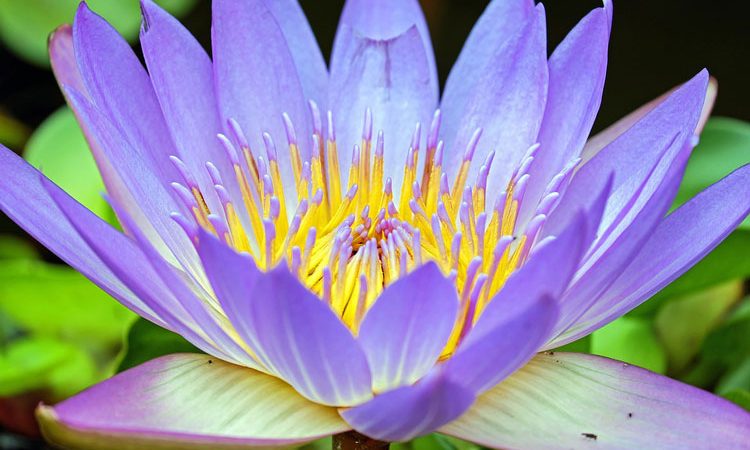 Why don’t my plants flower? Probably this plaintive question is raised oftener than any other that has to do with gardening. As likely as not, too, the complaining gardener will go on to say that he gives considerable attention to fertilization, to watering, and to cultivation, but still, his plants do not flower as well as those in his neighbor’s garden. Why? he asks, and if his morale is low enough he will probably repeat, with emphasis, Why?

Well, to answer our unhappy questioner with anything like the accurate information we would have to actually see what his conditions are with respect to a type of soil, kind of fertilizer, drainage, and light and shade factors. Even then we might not be able to solve his problem entirely because the kinds of plants grown also play a part in the overall picture. So, briefly, let’s start at the beginning.

Before plants can flower they must make satisfactory leaf growth. This is because the leaves are the manufacturing agents. They absorb oxygen and carbon dioxide from the air; then, in the presence of adequate sunlight and the green coloring matter in the leaves, they convert these materials; when combined with water from the soil, into such foods as sugars and starches. These are translocated to other parts of the plant and, when combined with nitrogen, phosphorus, potassium, etc., they produce compounds which are responsible for cell division and’ growth.

To be able to produce such growth, most plants have to be grown in a well aerated, properly drained soil, with adequate supplies of moisture and fertilizers at specific times of the year. These facts, of course, are generalities and do not answer the particular question, “Why don’t my plants flower?” But they do give us some leads.

To produce flowers we have to have good root action, and for the great majority of garden plants, this presupposes a well-drained, porous soil. It also means that such elements in the soil as phosphorous, potassium, calcium and magnesium must be present in adequate amounts. An application of manure and complete fertilizer to the soil usually takes care of this, ‘and such mulches as ground corncobs, cottonseed hulls or chopped straw are of considerable help.

You may note that nitrogen in whatever form is not mentioned in connection with root formation-not that it is not needed, but because it is needed in smaller quantities. That’s the secret of good flowering. Too much nitrogen will produce a lot of foliage at the expense of flowers. This is particularly true of plants which naturally flower better in soils of low fertility.

For example, let’s take such familiar annuals as celosia, cleome, convolvulus, calliopsis, esehscholtzia, small flowered petunia, phlox or portulaca. Give these full sunlight so that sugars and starches are manufactured properly in the leaves, grow them in sandy, well-drained soil with comparatively little nitrogen (this means that one application of a complete fertilizer may be enough in the spring); apply water only when absolutely necessary (just before wilting) and you’ll have short-grown plants full of flower, with perhaps small leaves of light green. What you have done, actually, is to balance the carbohydrates (the sugars and starches), which are responsible for initiation of flower buds, with the nitrogen in such a way as to have the former predominate. That is why in sandy, sunny, hot regions such plants as mentioned above are a riot of color. Give them a lot of water and much nitrogen and away they go into marvelous foliage specimens but with few flowers.

The same situation may be observed in such herbaceous perennials as anthemis, Asclepias tuberosa, asters, Euphorbia corollata, gaillardia, gypsophila, hemerocallis, liatris,  limonium and yucca. In this connection, it is well to note that the light factor cannot be overlooked. In shady or partially shady locations less flowering may be expected, based on the fact that with less sunlight there is less food manufacture, hence larger and more profuse foliage with fewer flowers. Yet there is a good deal of selectivity among plants and we find many herbaceous perennials which do well in partial shade aconitum, ajuga, anemone, aquilegia, aruncus, asperula, begonia, chelidonium, cimicifuga, convallaria, dicentra, dictamnus, digitalis, echinacea, eupatorium, helleborus, hesperis, hosta, lysimachia, mertensia, monarda, myosotis, oenothera, polemonium, primula, pulmonaria, ranunculus, thalictrum, trillium, trollius, veronica, viola. These plants should not be fertilized too heavily with nitrogenous materials, when grown in partial shade, or else they will become too leafy.

If a question has not already arisen in your mind, we would like to forestall it. Sounds like a contradiction, doesn’t it, when we talk about the need of sunlight fur food manufacture, and in the next breath give you a whole list of plants which flower well in the shade or partial shade. But the fact is that most of these plants flower fairly early in the season and that applies to early flowering bulbs too and the flower buds are initiated in the spring before the foliage on trees or other plants which do the shading has appeared.

For this reason, then, there should be a distinction in the type of shade provided. If it is a permanent building or structure or a dense evergreen tree, so that the plants are shaded the year around, poorer growth and less flowering may be expected on the shade-tolerant plants. Further, because of the reduction of light, the perennials and bulbs grown in partial shade should have greater amounts of phosphorus, potassium, and calcium in the soil. Such applications should be made yearly and if possible worked into the soil. Mulches of corn cobs, straw, and even manure will tend to increase the amounts of these elements in the soil, so don’t overlook the mulch. It has greater functions than the mere reduction of evaporation of water from the soil.

Another apparent contradiction also needs to be cleared up. You no doubt have heard of cloth houses being used to grow many plants commercially, in particular chrysanthemums, asters, snapdragons, and occasionally roses. Such a cloth reduces the light intensity by 30 to 40 percent and this would seem to contradict the statement that full sunlight is needed. However, we know that in midsummer there is really too much light for economical use by plants, so its total average reduction is actually desirable.

This is quite different from the exclusion of sun daily for several hours. Thus we find roses, for example, outdoing themselves in the summer when grown under a cloth, and the same is true of other flowering plants despite the overall light reduction.

To summarize and specifically answer our original question: First you must know the light, moisture, and fertilizer requirements of the plants you are growing; secondly you must provide these conditions as closely as possible in the light of the explanations given above.