How to grow Mushrooms 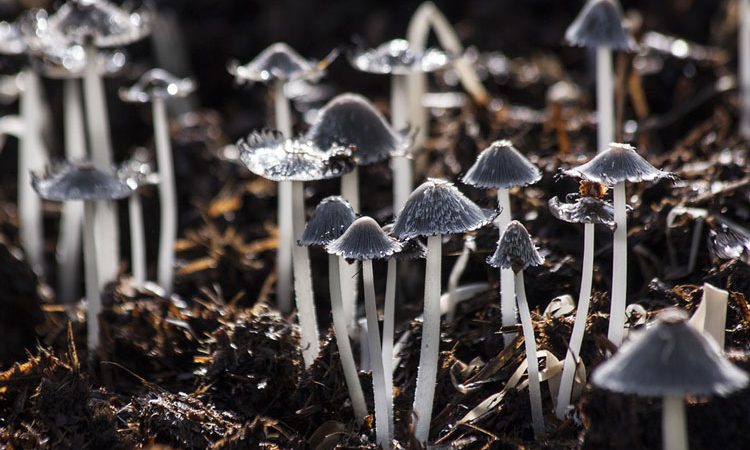 From the time of the Greeks and Romans, various fungi have been eaten as a delicacy and the expert can find many varieties growing wild which are equal, if not superior, in flavor to the mushroom (Psalliotta campestris). But there are also a number of poisonous fungi, some deadly. The field mushrooms which appear in profusion in meadows in the moist autumn days are perfectly safe, but the inexperienced townsman would be well advised to make sure first that he is actually picking field mushrooms, because some poisonous fungi are very similar. Cultivated mushrooms are absolutely reliable and a valuable food as well as a delicacy.

Since the war, the production of mushrooms on specialized farms has increased rapidly all over the Western world, in answer to a growing demand. There is a very wide gap between the results achieved by the amateur and the commercial growers, but provided attention is paid to a few essential factors, useful crops can be grown in sheds or cellars, in the greenhouse during the winter and in outdoor beds. The amateur has one big advantage; he can enjoy the flavor of ripe mushrooms taken straight from the soil, the very best way to eat them. Most commercial growers pick the mushrooms as buttons or cups with the veils unbroken. If they are picked fully open, the delicate pink under-surface often becomes brown and dry before they reach shops, and the flavor suffers.

Mushrooms are grown in a prepared compost which enables the spores to produce cotton-like threads called mycelium which, after a few weeks, emerge on the surface to form pin-heads. These develop in a week to 12 days (according to the temperature), into fully grown mushrooms and successive flushes appear for 10 to 12 weeks or even longer. The first and most important task is to prepare the compost making certain that it is the right texture for the development of the mycelium and at the same time provides nutrient and moisture. If the compost is right, there will be no difficulty in getting a crop; if it is incorrectly prepared, the result can be a complete failure.

Fresh horse manure with plenty of straw is the easiest material to use and is generally recommended. But any sort of manure which creates bacterial activity and breaks down organic material will produce good mushroom compost. Horse, pig and cow manure have all been used. One Belgian research station produced excellent results using elephant manure from the local circus.

Compost can also be made by breaking down straw with chemicals. If horse manure cannot be obtained, one of the special activators obtainable from horticultural suppliers should be used to break down straw or chaff.

Manure is stacked in a heap about 1.3m (4ft) wide and 1.6m (5ft) high and watered during stacking so that it is moist but not wet. If an activator is used, this is sprinkled on successive layers of straw and chaff and watered in, until a similar sized heap has been made. The temperature of the heap goes up very quickly because of bacterial activity; a good compost requires the type of bacteria which develop in the presence of oxygen. This means that air must reach all parts of the heap during composting. The process can be helped by a wire frame in the form of an upright triangle along the length of the heap. After seven days, the heap is turned, water being applied sparingly where the material is dry. Four or five more turns are made and at the end, all unpleasant smell should have disappeared. The material should be rich brown and thoroughly damp, but not so wet that it exudes liquid when squeezed.

The compost is then put into boxes or shelves to any depth from 15-40cm (5-15in). The deeper the compost, the longer the crop will continue; on the other hand, the shallower beds give a larger area and a quicker crop. The beds are then spawned with one of the pure culture spawns available commercially. Manure spawn is inserted into the compost and firmed in. Grain spawn is ruffled in.

After 10-14 days, the tiny white threads will be seen running into the compost and at this point the beds are cased. Commercial growers use a mixture of peat and chalk for casing and this can easily be made up by mixing the peat, after it has been thoroughly wetted with a quarter of its volume of chalk. If soil is used it should be taken from the second spit and heat sterilized. The casing is spread 3cm (1in) deep.

From spring to autumn, mushrooms can be grown without artificial heat. If the temperature falls below about 50°F (10°C) the mycelium will not grow, but this will only delay the crop. Beds can be frozen solid and still produce mushrooms, when the weather gets warmer. Too hot weather will quickly ruin a crop. That is why the greenhouse is suitable only in winter and an insulated building is preferable in summer.

Provided the temperature is satisfactory, the first pinheads will appear about four weeks after casing. For a winter crop, the temperature should be kept at about 65°F (18°C). The beds should be kept fairly dry until the pinheads develop, enough water being given to keep the casing just moist. After that, rather more water is needed and the surroundings should be sprayed to keep up humidity. There should be a free movement of air round the beds. If a puff of cigarette smoke blown over the bed slowly moves away, ventilation is adequate. The ripe mushrooms are pulled out, not cut, and the holes filled with a little peat.

The compost can also be made up into outdoor beds. These should be on a well-drained site and are best built deeper than the indoor beds with a lm (3ft) wide base and sloping sides. They are spawned and cased as for indoor beds, but are then given a thatch of straw. Extra care must be taken to deal with slugs and woodlice. Mushrooms are subject to a number of insect and other pests,
particularly two types of fly, Phorids and Sciarids, which breed in the manure, and mites, which eat holes in the caps and stems. These can be controlled by modern insecticides, but it is advisable to buy preparations made up specially for the mushroom crop.

Spent mushroom compost is excellent for the garden. Tests at experimental horticulture stations have shown that it is just as valuable as farmyard manure.