How to Prepare (plant) a Rose Garden 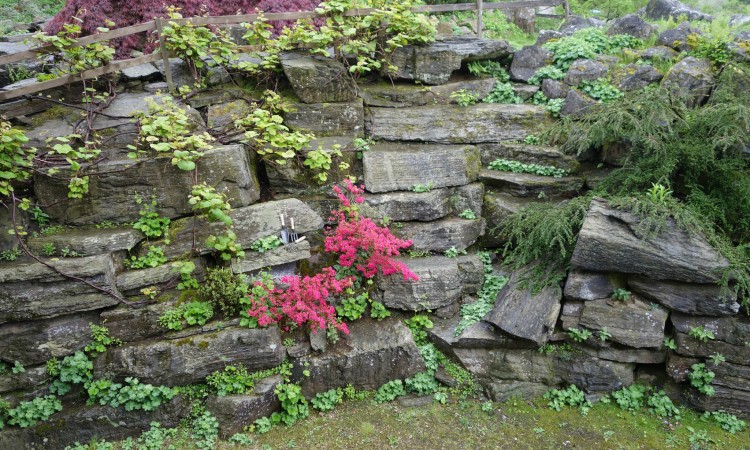 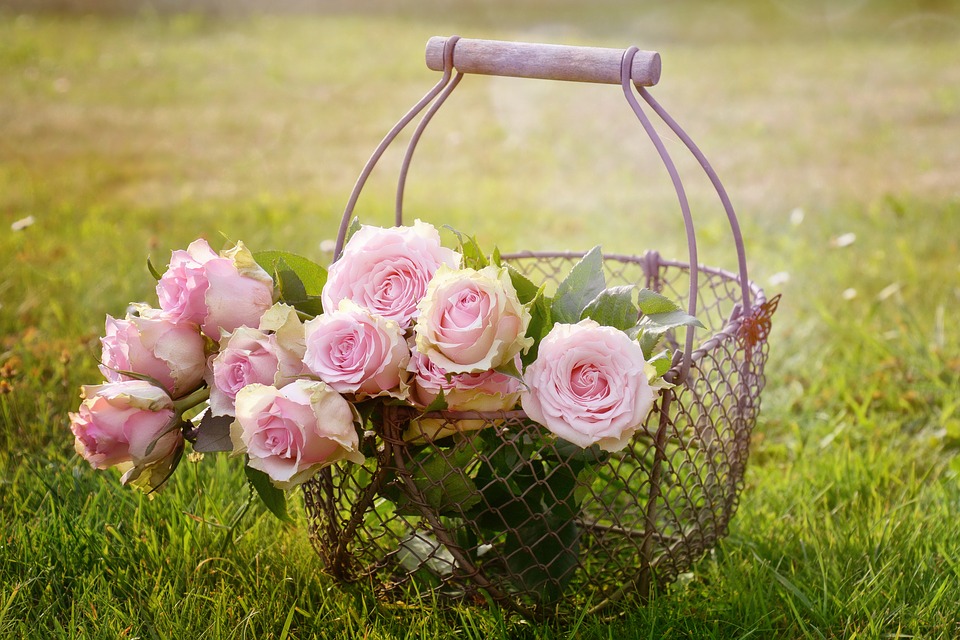 Conditions that Roses Like
Fortunately roses are quite easy to accommodate. They have, however, several dislikes such as poorly drained soil, deep shade, particularly when the roots of trees deprive them of nutriment, and very alkaline soil.

Choosing a Site
The site should ideally be in an open position, sunny for most of the day, preferably with some shade during part of the time. There should be no overhanging trees, although smaller shrubs often give the correct amount of shade and help to keep their roots cool.

Good Drainage
The soil must be well drained, because, firstly, roses strongly object to having their roots continuously in water and, secondly, in well-drained soil, air is sucked through by the water and it aerates the soil in the vicinity of the roots and thus stimulates the activity of the beneficial soil bacteria.

The drainage can be tested by digging a hole, 1 ft. deep and 1 ft. in diameter, and filling it with water. If it does not empty away within a day, it is necessary to improve the drainage. This can often be done effectively by raising the bed with soil well above the level of the surrounding ground or by digging a 2 1/2ft. deep trench across the bed and filling it with stones up to 1 ft. from the top and then with topsoil.

Roots of Roses
Like other shrubs, the root system of a rose consists of two types of roots, viz., the tap-roots, which are long and strong so they penetrate well into the soil, giving good anchorage and a life line to more distant sources of water and nutriment, when they are needed ; the surface roots, which emanate almost horizontally near the soil surface, collecting from the soil the rose’s main supplies of moisture and plant foods. The Ideal Soil for Roses Firstly, the topsoil must be friable so that the surface roots can pass freely through it, have a high ferti­lizer content, which is not easily washed away by rain and it must be able to retain adequate water to assist the absorption of the necessary plant foods. Secondly, there should be beneath it a porous sub-soil, which allows good drainage and which is sufficiently broken up to allow the tap-roots to penetrate without hindrance.

The above soil specification is that of a medium loam, but many gardeners have not got this and it becomes necessary for them to make whatever earth they have in their gardens as near to this as possible. Apart from soil with a good content of lime they normally have either clay soil or various degrees of heaviness or sandy soil. The practical difference between these is that sandy soil is very porous and allows rain to flow through it very quickly and is consequently poor, because the plant nutrients are rapidly washed away. On the other hand, clay soil retains the moisture, and, in extreme cases, is likely to become water logged, but it remains fertile because the plant foods are not flushed out quickly. Thus to bring sandy soil nearer to the ideal, it is necessary to help it to retain water better; and, ideally to make clay more porous and so improve its drainage. Both objects can be achieved by adding humus-making materials, such as garden compost, rotted farmyard manure, peat, etc., although the addition of hydrated lime or gypsum to clay soil also helps. These materials also serve to improve the sub-soil.

Soil Preparation
It is by digging that any soil can be conditioned. There are two main methods that are used in preparing rose beds, viz. double digging and plain or simple dig­ging. Which is employed depends upon the nature of the sub-soil. If it is hard and compacted, it needs to be broken up and then double digging is carried out, but if it is stony or consists of gravel, it is readily penetrable and simple digging can be adopted.
The procedure to be followed for double digging is as under:

The procedure for plain or simple digging is as follows :

Renovating Old Rose Beds
Sometimes, when restoring an old, neglected garden, it is necessary to replace some very old, weakened or dead roses. The soil in which roses have grown for perhaps ten years or more, for some reason which is not clearly understood, will not sustain new roses, despite the fact that established ones continue to flourish in it. This soil condition is known as ‘rose sickness’. It is important, therefore, not to plant new roses in such beds, otherwise they will not thrive and after a year or so will very probably die.

There are two ways in which this situation can be dealt with. The soil in the old rose bed is removed to a depth of 18 in. and replaced by other soil in which roses have not been growing. The old excavated soil can be distributed anywhere in the garden provided it is not intended to grow roses in it, because other plants are unaffected. This method is the most satisfactory for a small garden or patio without any room to spare.
If the bed can be set aside for up to two years, another method is to ‘green manure’ the soil by sowing a succession of crops of mustard. Each is trampled down on matur­ing, moistened, covered with sulfate of ammonia and dug in.
When making a new garden, it is a wise thing to anticipate this possibility, by cutting beds in the lawn in such a position that if, after some ten years or so, it is desired to change the roses, it is possible to cut new ones adjacent to the old and to turf the latter over. It is important to make sure that this will not alter for the worse the general proportions and layout of the garden. A good way of ensuring this is to cut two original beds with enough lawn between to make two more if necessary.