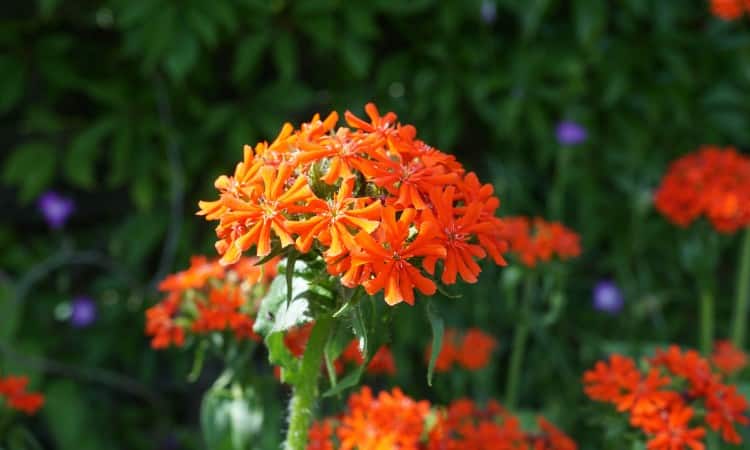 For centuries and perhaps even millennia people have been searching for the source of the Gold of Ophir. My own search started last week, and I am pleased to say that my shipment of the fabled cargo should arrive sometime in May.

It all began when I opened up a popular magazine and read an essay written by the late M.F.K. Fisher. The piece had been reprinted from the forward to the book Growing Good Roses by prominent California rosarian Rayford Clayton Reddell. Mrs. Fisher, who is best remembered for her inspired food writing, was a friend of Reddell, as well as a fellow rose enthusiast.In the forward, the author described the roses that she remembered from her childhood in Whittier, California during the first quarter of the twentieth century.She enthused over one of my favorites, the big white ‘Frau Karl Druschki’, but she saved her most lavish praise for a yellow-blend rose, unknown to me, called ‘Gold of Ophir’. According to the author, ‘Gold of Ophir’ came to California with Quaker settlers from Pennsylvania who arrived in the 1880’s.It evidently flourished.Mrs. Fisher says, “I remember great heaps of them in every backyard, blazing like moons on fire, yellow, gold, pink—and in the shade.”

What more could anyone want? Catching M.F.K. Fisher’s passion for ‘Gold of Ophir’, I decided that I would try to obtain one for my own garden. First, though, I wanted to find out the origins of its poetic name. After a bit of searching I found the answer in The Catholic Encyclopedia. Ophir was a country in the ancient world that was rich in precious metals and other resources. It is mentioned several times in the Old Testament, and was supposedly the site of King Solomon’s Mines. The exact location of Ophir is unclear from the Scriptures, but the authors of the encyclopedia article speculate that it may have been Arabia, India, Sri Lanka or even the Malay Peninsula. Adventurers have long tried to find King Solomon’s Mines in order to get their hands on the riches they supposedly contain. I am lucky that all I want is a rose.

Armed with the information about ‘Gold of Ophir’s’ name, I went to the Internet to find the rose itself. Clicking on to my favorite rose website, www.helpmefind.com/sites/rrr/ rosetest.html, I found that ‘Gold of Ophir’ has a number of aliases, including ‘Beauty of Glazenwood’, ‘Fortune’s Five Color’, ‘Rosa Pseudoindica’, Rosa x odorata pseudoindica’, ‘San Rafael Rose’, ‘San Raphael Rose’ and ‘Wang-Jang-Ve’. It is most commonly known as ‘Fortune’s Double Yellow.’ According to the entry for ‘Fortune’s Double Yellow’, the rose was discovered in China, “in the garden of a rich mandarin at Ningpo” by 19th century plant hunter Robert Fortune. It was introduced to western commerce in 1845, and must have become popular both in Europe and the eastern part of America. The Graham Stuart Thomas Rose Book, another indispensable reference, shows a color picture of an Irish-grown specimen awash in salmon-tinted creamy yellow blossoms. It is easy to see why pioneer women valued it enough to take along on the long trek west.

When I searched for a source for ‘Gold of Ophir’, I found that it was available from several old rose nurseries in Texas, as well as some growers in California and the southern states. I know that two of the Texas rose vendors, Chamblee’s and The Antique Rose Emporium, have built their inventories almost exclusively on antique roses that have been rescued from various sites throughout Texas. It’s not much of a leap to suppose that settlers carried ‘Rose of Ophir’ cuttings with them to Texas as well as California.

Of course, at the moment, no rose nursery will ship anything for planting in the northeast, but I can put in my order and have something to look forward to. One of the Texas vendors offers ‘Gold of Ophir’ for $6.95. This is significantly cheaper than the price of any modern rose, and seems well worth it for a plant that will arrive freighted with history and will eventually put forth loads of sweet-scented blooms.

I glanced at the map to find Whittier, California, where M.F.K. Fisher (and Richard Nixon) grew up. It is right outside Los Angeles and almost certainly no longer rural. I also found San Rafael, which is up the California coast, near San Francisco. I wonder if ‘Rose of Ophir’ still grows in the backyards of the older houses in either place. Perhaps I will continue my research and call up local chambers of commerce and botanical gardens to find out.

I am a little worried that this rose, that has flourished so well in the more temperate areas of the south and west, will suffer from the cold here. That may be the reason why no northern nurseries sell it. The rose website did not have a zone hardiness recommendation, but I suspect ‘Gold of Ophir’ is a bit like the Lady Bank’s rose, and can thrive here if it is planted in a sheltered spot. I am going to try it. After all, how often can you hold history in your hand (or plop it into a vase in your living room) for less than seven dollars?