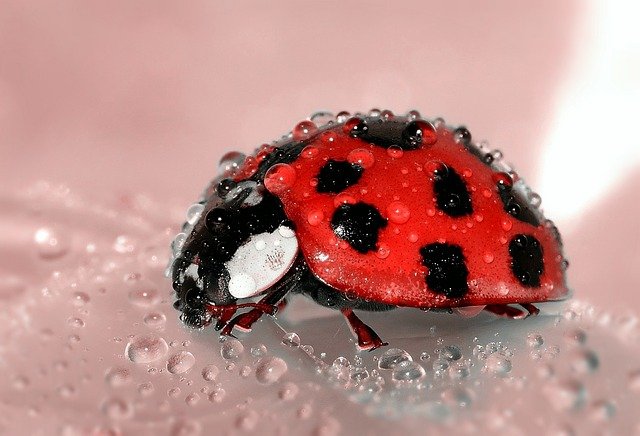 While many insects are considered pests, particularly if they venture inside, there are other insects that are beneficial to gardeners and homeowners. These insects and invertebrates should be encouraged. Their presence will improve garden health and reduce pests. There are three types of beneficial insects that will be talked about: pollinators like bees, predators like spiders, and decomposers like worms. Pollinators help plants reproduce and increase variety. Some types of flowers and vegetables will not grow without pollination between plants. Insects provide this pollination as they travel from plant to plant. Other insects feed on nuisance insects such as aphids and mosquitos while earthworms enrich and aerate the soil as they move through it.

The employees at Spartan who mostly control pests have identified a list of six beneficial garden insects and how to attract them.

Bumblebees are perhaps the best-known pollinator. They are social insects with round fuzzy bodies and characteristic yellow and black bands. They feed on the nectar from flowers and other plants. As they feed, they collect pollen on their hind legs. This pollen is carried from plant to plant. Like animals, there are male and female parts of plants which produce respective pollen. A plant needs both male and female grains to produce seeds. Bees not only help plant reproduction but increase plant diversity by carrying pollen from one area to another.

Bees can be enticed by a few things. First, give them shade in the form of ground cover. Place plants low to the ground or around the borders of your yard. You can also place shallow water dishes in the yard. Make sure that these dishes have pebbles for them to rest on, so they don’t drown. You can also create an insect garden for bees, especially solitary bees. Bumblebees will visit many different plants, but native plants are most likely to entice them.

Ladybugs are considered lucky in many cultures and you’re lucky if you have ladybugs in your yard. Ladybugs are voracious predators who consume many insects. There are many varieties but the most common ladybug in North America is the red and black seven spotted ladybug. They are active from spring until fall, when they hibernate under rotting logs, and rocks. Ladybugs will commonly lay their eggs near aphid-infested plants, allowing their larva to also consume them. A single ladybug can eat up to 5,000 aphids in its life! They also eat mites, scales, mealy bugs, and leaf hoppers. They can be encouraged by planting dill, marigold, cilantro, and chives, or by allowing dandelions to grow in your yard. You can also build a ladybug feeder with an angled piece of bamboo or PVC pipe and some raisins. Ladybugs often hibernate in yard detritus. Avoid raking up leaves to give them a place to hibernate.

While spiders are unwelcome house guests, they are very helpful in the garden. Most spiders eat insects that we consider pests. In particular, the aptly named Garden spider is particularly helpful. It is a type of orb weaver spider consumes many mosquitos and other insects. Many orb weavers have vivid yellow and black markings on their abdomen.  Spiders, like Garden spiders can be attracted by ground cover like bushes and perennials. Grass clippings are known to attract wolf spiders. The most important way to keep spiders in your garden is simple: don’t kill them. Spiders that find their way indoors, can be released outside. When a spider is found in the yard, let it be. They generally are more helpful than harmful.

Most people don’t know that beetles are great pollinators and predators. Two kinds of beetles are particularly helpful: the Soldier beetle and the Ground beetle. The Soldier beetle looks like a firefly. It is black with red below its head and on its legs. As larva, Soldier beetles eat many pests including aphids and caterpillars. As adults, they eat nectar and spread pollen. Soldier beetles are attracted by goldenrod, catnip, and hydrangeas. Flowering herbs and bright colors also attract them.

The Ground beetle is a long, oval-shaped beetle, often black or dark in color. It has large, strong mandibles on its head and can run very quickly. This beetle eats insects both as larva and as an adult. It frequently easts slugs, snails, and other soil dwelling insects. It can eat its body weight in prey!  These beetles also eat invasive weeds. Ground beetles are attracted by water and safety. A small, raised garden bed filled with native grasses, perennials and shallow water dishes will attract many beetles.

There are many varieties of hoverfly in North America; the most common one looks similar to a bee. It is yellow or orange with black on its abdomen, but it has no stinger and is not fuzzy. It can also be distinguished by its compound, segmented eyes.  Hoverfly larva are often green or grayish green with a colored stripe down their backs. They are shaped like caterpillars. As larva, they eat bugs, including aphids. As adults, they are pollinators. Hoverflies are encouraged by planting oregano, garlic, chives, and buckwheat.

Perhaps the most well-known, earthworms are actually not insects. They are classified as invertebrates. Earthworms create tunnels in the soil as they burrow. These tunnels help aerate the soil, allowing water and nutrients to move further into it. Earthworms also eat decomposing matter and turn it into rich soil. Castings help perpetuate a healthy soil ecosystem full of nutrients and microorganism. Earthworms are encouraged by organic matter such as leaves or dead plants. If needed, compost or manure can be used to supplement organic matter.