Planting Seeds and Bulbs from Seed 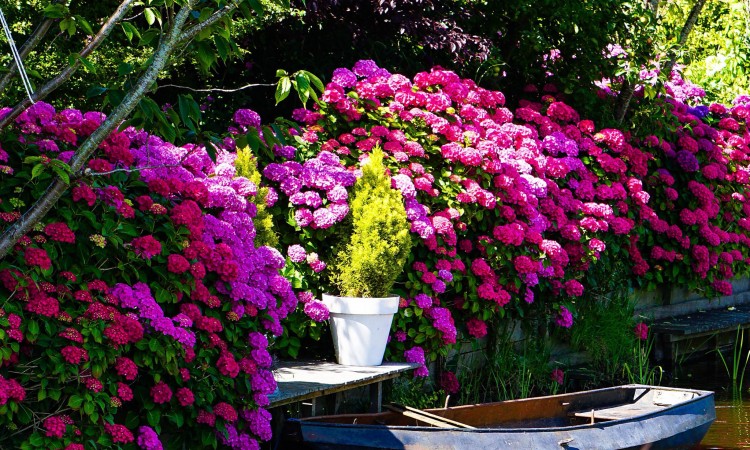 Many garden plants are propagated from seed and good germination is encouraged by providing the seeds with the best conditions. Moisture and air must be present in the propagating medium (whether soil or a special compost) and the temperatures must be suitable. Very high temperatures are seldom necessary. Most garden and greenhouse sown seeds need temperatures of 50-60°F (10-16°C) in which to germinate. Some seeds, notably those of tomatoes, cucumbers, melons and tropical plants need much higher temperatures.

In early spring and in autumn the garden soil is normally damp. Later in spring and in summer insufficient moisture can lead to poor germination. This condition may be remedied by watering seed drills before sowing, the seeds being sown on the wet surface. Straight seed rows are obtained by the use of a garden line or a length of straight wood.

The sowing of seeds in a cold frame is largely the same as for outdoor sowings. The soil mixture in frames is usually one well suited to good germination. In early spring the frame sash should be set on the frame at least a week before sowings are carried out. The covering of the frame in this way traps any available sun heat and the frame bed is warmed and dried.

Where seeds are to be sown on ground given cloche protection warm the soil by placing the cloches in early spring. Seed rows in frames and under cloches may be set quite closely together so that maximum use is made of the surface area. If you water protected seed rows before germination use a very fine rose.

In the greenhouse seeds are generally sown in receptacles. For some specialized sowings and for limited sowings clay seed pans are often used. Pots, now offered in a wide range of materials, are most useful for those plants which resent the root disturbances which occur when pricking out seedlings raised in boxes or pans. New clay receptacles should be soaked in water for several hours before being used. Used wooden boxes should be washed in mild disinfectant.

Where the sowing is made in a seed box some compost is placed in the box, firmed with the fingers and leveled with a ruler or strip of wood to within 12mm (0.5in) of the top. A wooden presser simplifies this task. The compost is then watered thoroughly, using a very fine rose on the can, and set aside to drain. The seed is then sown thinly on the moist surface. Large seeds are spaced at 2.5cm (1in) or so apart. The seeds are normally covered after sowing by sieving a 6mm (0.5in) layer of the compost over them. Sowings in pans and pots are
carried out in the same way.

The containers are then covered with a sheet of glass on which a sheet of brown paper is laid. The glass prevents evaporation and lessens the need for further watering. The paper provides dark conditions.

Bulbs from seed
Where a quantity of bulbs of one kind is required the most economical means of raising them is from seed. This applies to wild species and not to named varieties which do not come true to color from seed. Patience is also required for some bulbs require several years to mature to flowering size. In general the seed is best sown as soon as ripe, either in seed trays or in pans, and placed in a cold frame, artificial heat not usually being necessary to germinate seed of most hardy bulbs. Use a well-drained seed compost, sow thinly, and just cover the seed with a fine layer of sifted compost. Keep moist and cool. The seed of some bulbous plants, such as the bluebell, Scilla nutans, and dwarf narcissi for naturalizing purposes may be scattered on the soil or grass in summer where it is to flower, as soon as it is ripe. Once established the sapphire-lavender, Crocus tomasinianus, from Dalmatia, will seed itself happily, as will the grape hyacinth and hardy cyclamen. The Mexican tiger flower Tigridia pavonia, will do likewise in sheltered gardens in full sun and a well-drained soil. One of the easiest of the lilies to raise from seed is Lilium regale, which will usually start to produce its imposing, glorious fragrant trumpets in three years from the time of sowing. Here again the seed should be sown as soon as ripe in pans in a cold frame and when the seedlings are large enough to handle they should be pricked out into boxes. Grow them on in a frame until the bulbs are large enough to plant out permanently. Many colorful tulip species may also be raised from seed, but these may take four or five years to reach flowering size.