How to grow Collard Greens plants with celery seeds 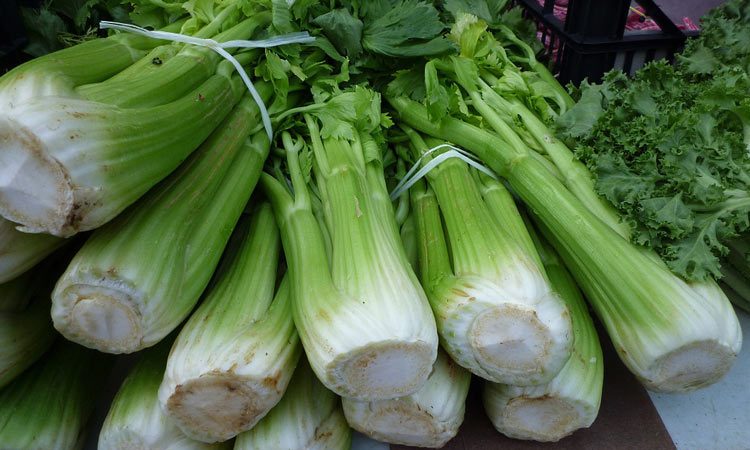 Cultivation Sow celery thinly in pots or boxes in heat in March for early varieties, or in a cold house in mid-April for the main crop. Prick off into deep seed boxes as soon as the seedlings are large enough to handle, at 5cm (2in) intervals. After hardening off, plant out from mid May to the end of June, in prepared trenches. This is not only helpful in earthing but enables watering to be carried out by flooding the trench.

Prepare the trench some time before planting by removing soil 20-30cm (812in) deep, depending on the situation, placing the soil in equal amounts on either side of the trench. Keep the sides of the bank as upright as possible patting them with the back of the spade. This forms neat ridges on which lettuce, spinach or radish can quite easily be grown. Place a good depth of manure in the trench and dig this into the bottom soil. Firm well by treading and leave the trench as long as possible to settle before planting. For single rows plant 25-30cm (10-12in) apart, 30cm (12in) each way for double rows staggering the plants. Immediately after planting, flood the trench and repeat this operation in dry weather. Feed occasionally with weak manure water or dried blood, and also apply two dressings of superphosphate at 28g (1oz) per 2m (6ft) run, by mid August.

Start to earth up when the plants are fully grown in August or September, after removing any sideshoots and low-growing leaves which would otherwise be completely covered. Tie the stems with raffia and place soil from the side bank around the plants up to the base of the leaves. Slugs can cause much damage and it is wise to scatter slug bait round the plants before earthing up, especially if paper collars, black plastic or drainpipes are used, as they sometimes are, to ensure long, well-blanched stems. Pat the sides of the ridge to encourage rain to run down, rather than penetrate into the celery hearts. Celery fly can cause serious  damage from May to September if precautionary measures are not taken. Digging may begin six to eight weeks after earthing.