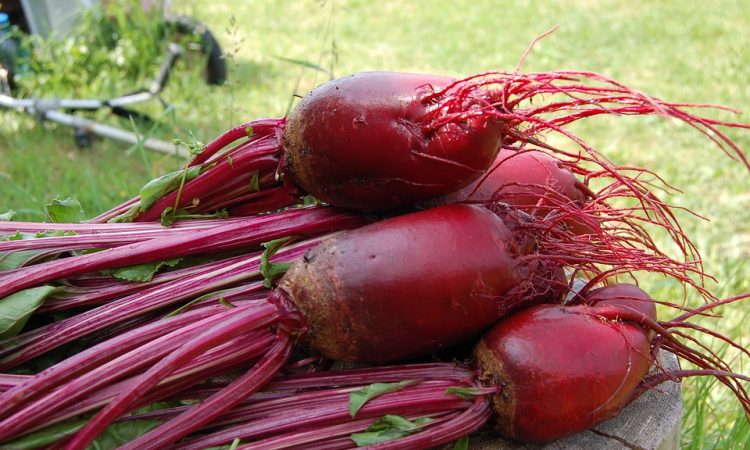 The modern beet as such was not apparently known in ancient times. There is a story that when the Greeks paid homage to Apollo they served him beetroots on a silver platter, but the first recorded specific reference to beets is in the third century in Rome. They were mentioned in 1390 in some old English cooking recipes. Beets are natives of Europe and North Africa and were originally found near the sea in southern Europe and around the coasts of the Mediterranean as far east as the Caspian Sea and Persia. The name beet comes from the fact that when the seed pods swell they look like the Greek letter beta.

Beets require light, well drained soil which has not been freshly manured, and open positions.

Seed should be sown in February or March and plants thinned to around 2 inches apart.

Harvesting is simply a matter of pulling the beets out of the ground. When you remove the tops, leave an inch or two attached to the root so that it will not bleed. The early beets should be harvested when they are small, 1.5 inches in diameter or at the most not more than 2 inches. When they are any larger, the taste is undesired. The late beets are sometimes allowed to get as large as 3 inches in diameter and beets for storage are allowed to stay in the ground until just before heavy frost.

Freeze only very young, tender beets, as the texture and flavor of larger ones change during freezing. Prepare as for canning. Chill and pack prepared beets into freezing containers, leaving 1/2 inch headroom if sliced or diced. No headroom is required for whole beets. Seal and freeze.

Late beets can be stored successfully during the winter under proper conditions. However they keep best at temps around freezing, and the temps should never exceed 40 F. Also they must be kept moist, with little air circulation. These conditions require a special storage room in the cellar or an outside storage room, or if neither is available an outside storage pit. The maximum storage period is 4-5 months.