How to grow savoy cabbage 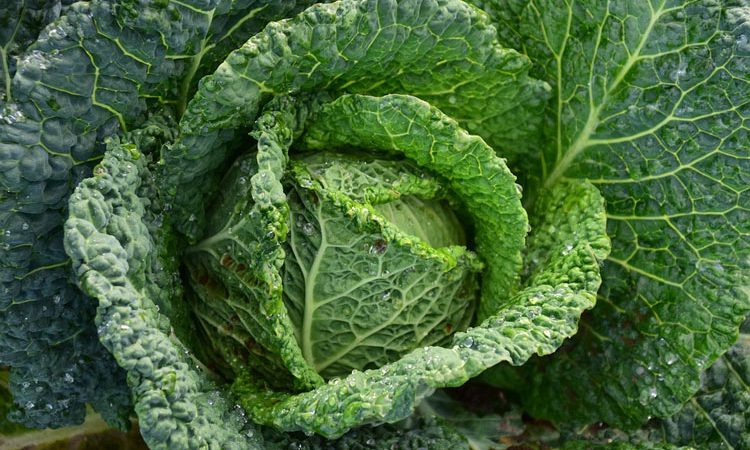 This hardy plant, a type of cabbage, has been grown in Britain since the seventeenth century. The leaves are quite distinct from those of other cabbages, being very puckered or crimped. Although there are early varieties, most gardeners prefer those which are of use during the winter and early spring. Successional crops are obtained by choosing drumheads for cutting between November and April. Its botanical name is the tongue-twisting Brassica oleracea bullata sabauda.

Cultivation Cultivate as for winter cabbage—the seeds being sown in the seed bed in April for plants to be set out on fertile soil in June. Allow 60cm (2ft) of space between the rows, setting the plants from 40-45cm (15-18in) apart. If the soil is on the dry side, water the planting holes and plant very firmly when the water has drained away. During July and August, hoe or mulch to prevent weeds. Particular care must be taken to prevent cabbage caterpillars from establishing themselves in savoys. Varieties to grow to provide a succession for cutting include ‘Ormskirk Medium’, for cutting from November to February; ‘Ormskirk Late Green’, very hardy and the solid, medium-sized heads are cut between January and late March ; ‘Ormskirk Extra Late’, a large, flattish, dark green savoy for use in March and April.