Grow Your Own Peas 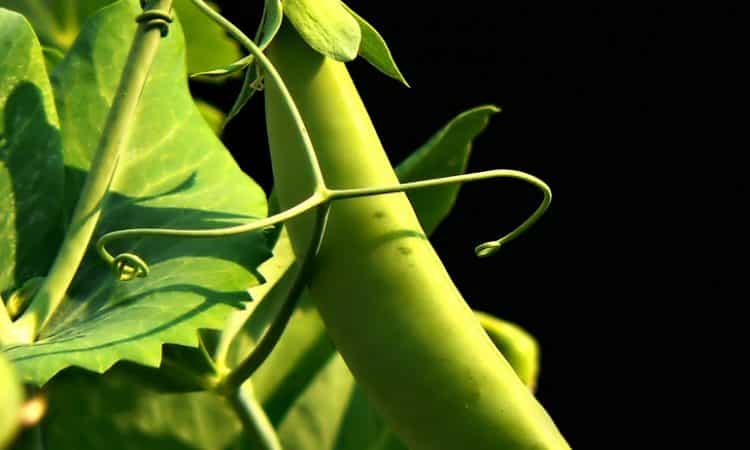 The pea is a vegetable which helps the soil, has an interesting history, is easy to grow, and is a more versatile food than you might know.  It is loaded with helpful vitamins, protective phytonutrients that provide antioxidant and anti-inflammatory benefits, protein and fiber.  They’re low in fats but, what they have, are healthy omega-3 fats.  Some research (whfoods.org) indicates that regular pea consumption may lower the risk of some stomach cancers and type-2 diabetes.

The pea Pisum sativum, is a member of the legume family, which in addition to meaning it has the pea-shaped flowers known so well, means that it also “fixes” nitrogen in the soil.  Peas have a symbiotic relationship with a bacterium that takes excess nitrogen from the soil.  This nitrogen is then stored in nodules on the pea roots, to be released as the roots decay. Think of it as an organic source of slow-release nitrogen.

In addition to storing nitrogen, the roots of pea plants help loosen the soil as they reach out for moisture.  Once the plants die, merely turn them back into the soil to replenish organic matter.

No one knows just when peas first became cultivated.  Perhaps it was as early as the Stone Age.  Peas were a part of the diet during the Bronze Age.  They have been found preserved in ancient tombs in the Mideast, dating back to 1450 BCE.  The Chinese believe, in their legends, that peas were cultivated 5000 years ago.

Peas were used extensively in the Middle Ages in Europe.  They were one of the first crops the colonists brought to the New World.  Our traditional pea is often called the English Pea, as it was in England that the garden pea we know today was so extensively bred.  You may have heard the name Gregor Mendel, famous for his discoveries in genetics using the pea.

The most important recent advance in breeding peas occurred in 1970.  It was in that year that plant scientist Calvin Lamborn discovered what we know as the edible pod or snap pea.  ‘Sugar Snap’ was introduced in 1979 and won a gold medal in the All-America Selections trials.

There are three types of peas one can find and grow, the differences depending on when they are harvested, and how they are eaten.  English or shelling peas are allowed to fully ripen in the pod.  These are the traditional ones most of us have opened, removing the peas from inside or “shelling,” then cooked without the pod.

Snow peas are harvested before the peas inside are ripe, while they are still quite small.  The entire pod is then cooked and eaten.  You may have eaten these raw in salad bars or in stir-fry dishes.

Snap peas can be eaten both ways.  They can be harvested like the snow peas, before the peas inside are mature, and eaten raw or cooked.  I love to eat them right off the vine.  Or, they may be allowed to mature, as with English peas, then shelled and eaten similarly.

When choosing what peas to grow, don’t just consider these three types.  Consider whether you want dwarf (1 to 2 feet tall), semi-dwarf (2 to 3 feet tall), or tall varieties (3 to 6 feet tall).  Also read the descriptions and choose varieties for early, mid, and late maturing.  This way you can ensure a much longer season of harvest.  Another method of doing this is to make a succession of sowings rather than all at once, each about two weeks apart.

Sow seeds directly outside about four to six weeks prior to the last frost date– generally about mid to late April in USDA hardiness zone 4 (much of Vermont for instance).  It is better to choose the sowing date based on soil temperature.  The traditional date was “as soon as the soil can be worked” since peas grow best in cooler weather.  But they germinate much faster (9 days) when the soil is 60 degrees (f) than when it is 40 degrees (36 days).  Plus, the soil bacteria that help them germinate are less active in cool soils.  So a good compromise is to make an early first sowing for an early crop, then sow most of your crop when the soil warms.

Sow seeds about 1 to 2 inches apart and deep.  Sprinkle a bacterial inoculant in the row when sowing (available at garden centers and from mail order sources) to help plants better fix nitrogen, so grow better.  If your soil is fertile with lots of compost, you can skip this step.

Taller varieties will need a fence, trellis, or other creative means of support.  You can by special pea trellises, mesh nets, or simply use wide-mesh chicken wire.  You also may
need to surround pea seedlings with a low fence if you have rabbits foraging nearby.

Fertilize lightly when seedlings are 2 to 4-inches tall with a complete organic fertilizer or fish emulsion.  Water plants well, as you would the rest of your garden, and harvest the pods frequently when they’re ready.  Make sure to pick pods that may be overripe too as, if left on, they’ll signal the plant to stop producing pods.

Peas will stay fresh for several days in the refrigerator unwashed, and unshelled. Keep in a perforated plastic bag, open container, or vented plastic produce container.  If you have too many to use and want to keep them longer, they can be frozen.  Shell the peas, “blanch” by dipping in boiling water for one to two minutes to kill harmful pathogens that degrade food, then quickly stop this cooking by dipping them in ice water.  They’ll store in freezer bags for six months or more.