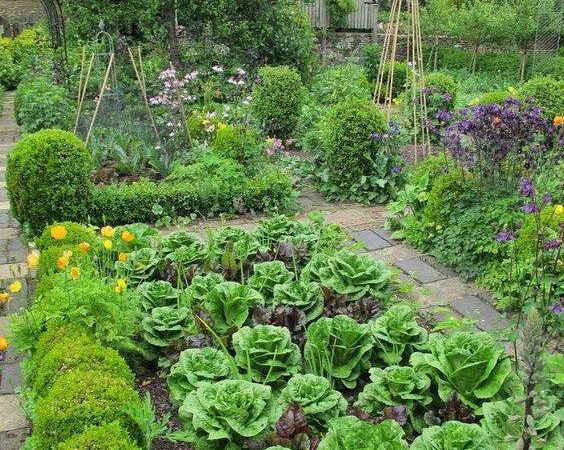 In May gardening begins in earnest. April weather is too uncertain for many vegetables to be planted in the open and even early May cannot be trusted far. By the end of the month, however, practically the first planting of everything we wish to include in our program is in the ground.

Tomato plants must be guarded carefully against frost, at least until after the middle of May. If there is the slightest indication of an impending frost they should be covered.

Quart berry bones make ideal coverings if the plants are not too large, and they also are convenient to put on and take off. A good rule for the gardener to follow is to set out just a few tomato plants early, that their care may not be a burden, reserving the majority of them to be put out after the middle of the month.

Cold, wet weather is detrimental to eggplant, as it is strictly a hot-weather vegetable. It should not be transplanted in the garden until danger of frost is past.

Beans are also very sensitive to cold, but it is necessary to get them in the ground as soon as possible, especially certain varieties that is slow to mature. The lima bean is in this latter class, while the bush snap bean comes to maturity in a few weeks. It is wise to plant beans sparingly until there is little danger of their getting frosted.

Peppers, pimentoes, and cucumbers are also very susceptible to frost, as also are melons and squashes.

On the other hand, beets, carrots, parsnips, onions, cabbage, and broccoli are quite hardy, and should be in the ground by early May. By this time the second plantings of peas, radishes, lettuce, spinach, and onions, should be in progress, repeating as often as desired, at least until July, or as long as garden space holds out.

There are many varieties of very fine squashes, and where space permits it is well to raise at least three of them. The crooked neck summer squash, scorned by many, is delicious if properly prepared. They must be taken from the vines while the outer shell and the seeds are very tender; otherwise they are not good. After cutting them into quarter-inch thick slices, skin, seeds, and all, and dipping them in batter or dusting them with flour and frying until tender, they taste very much like eggplant, and are not nearly so hard to raise. For winter use the little acorn squash is ideal, and there are many ways they may be prepared. One especially good method of preparing them is to remove the seeds through a small opening in the side, stuff them with sausage, replace the cap, and bake. These are for individual servings, as the squashes naturally are quite small. The larger winter squashes such as the Green Mountain, Hubbard, and banana, are also desirable varieties.

After middle May the sweet potato plants are in line for setting out. A well-fertilized soil is advocated. Applying the manure in a row and ridging the earth up over it, is a satisfactory method. Sweet potatoes are better in every way when planted on a ridge of soil than when set out on level ground. The plants need plenty of moisture until they are well started, after which they thrive best if hot, dry weather prevails. Weeding is all the cultivating the ridge-planted potatoes require.

Where space permits potatoes and sweet corn should be included in the planting program. Potatoes may be planted from the first of May until July with good results. Sweet corn planted at intervals during that time also insures the gardener that popular item on the menu over a long period.

Broccoli is a vegetable fast gaining popularity, and it is easily grown. The young plants greatly resemble cabbage plants and are easily confused with them. Broccoli may be set out anytime during May, but the early part of the month is preferable. It will bear until cold weather if it is not allowed to go to seed.

Celery is easily grown, contrary to the belief of many. Early May should find the first plants in the ground. Celery thrives best with plenty of moisture, although after the plants are well started they will grow fairly well otherwise. Celery intended for winter storage is not set out until the middle of June.  That will give plenty of time for thrifty stocks to develop. Celery must be cultivated well, keeping it free of weeds.

Do not hill it in its early stages, but when about half grown begin to hill gradually, being careful not to pull the earth between the stocks of the plant.

A few turnip seeds sown now for Summer and Fall, reserving for a larger planting in late July for winter storage, is a good rule to follow.

Seed stalks are now forming on the rhubarb. The rapidity with which they grow is nothing short of magic, and they must be pulled out as fast as they appear if it is desired to continue the satisfactory growth of the plants. Otherwise, the plant diverts its strength toward developing its seeds.

A “melon patch,” although it may be on a small scale, is an interesting garden venture. Melons thrive in sandy soil, but maybe grown without it. A shovelful of well-rotted cow manure mined well into the soil of each hill accelerates the growth of the plant and increases the number of melons. In a small space, muskmelons are preferable, as they do not “run” over so much territory as watermelons.

Care should be taken to separate as widely as possible, melons, squashes, pumpkins, cucumbers, and others of that family, as anyone has grown near the other may ruin both as to flavor. Different varieties of squash, for instance, maybe grown together without great harm, although seeds from them may not be satisfactory for planting next season.

Perhaps the most important garden work for the growing months ahead is weeding and cultivating. A neglected garden is a sorry sight and a poor producer. Weeds, if not curbed, take the strength from the ground, growing out of all proportions compared to the vegetable growth and choking them out altogether. Hoeing the moist earth around the plants serves almost the same purpose as a shower, and for the time at least; it kills or is a setback to the weed growth.